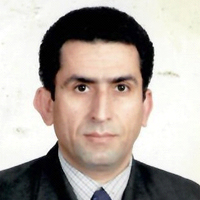 There is a universal consensus that red tape, complicated clearance procedures and poor logistics infrastructure at the border increase costs to trade which are ultimately borne by the end consumers and firms. In the age of globalization and specialization where production and manufacturing processes are dispersed across the globe, the goods, cross borders many times before reaching to the final consumers, hence expeditious and hassle-free movement of cargo albeit with adequate safeguards assume huge significance for competitiveness of an economy.

According to a World Bank research, a delay of one day in shipment of a product results in decrease of 1 percent in trade for that country. It is noteworthy to add that trade costs for the purposes of trade facilitation do not include the tariffs and non-tariff measures which a country implements as trade policy measures.

The World Economic Forum’s “Enabling trade valuing growth opportunities” report argues that improvement in only two supply chain barriers, i.e. border administration and transport infrastructure up-to even half of international best practices can increase world GDP by US $ 2.6 trillion and increase it six times more compared to removing tariffs. The trade facilitation is considered a ‘win-win’ scenario for both developing and developed countries.

The Trade Facilitation Agreement (TFA) came into force on 22nd February 2017 when two third of WTO members ratified the multilateral agreement. It aims to reduce red tape through simplifying required paperwork, modernizing procedures and harmonizing customs requirements to reduce the costs and time of international trade. The Organization for Economic Cooperation & Development (OECD) estimates suggest that full implementation of the Trade Facilitation Agreement would reduce costs to trade from 12.5% and 17.5%.

Similarly, in the region, India and China have both higher ranking on TAB at 80 and 65 respectively, and their TFA implementation status is 72.3% and 94.5% as against Pakistan’s 45%. Furthermore, the time and cost to import and export are also less in case of the countries which have implemented Trade Facilitation Agreement. Predominantly, the countries higher in ranking on Trading Across Border indicator are the ones with better TFA implementation status.  Hence, Pakistan’s ranking on TAB as well as time and costs for cross border movement of goods are contingent upon Pakistan’s implementation of the Trade Facilitation Agreement.

The TFA implementation is a challenging task and it is for the same reasons, Pakistan has communicated (75) of TFA measures in category (C) where it would require technical and financial assistance. These include the setting up of National Single Window (NSW), a system of Advance Ruling, Authorized Operators, Border Cooperation and a robust Risk Management System.

These measures are considered to be the most trade facilitating measures of TFA at the same time the most challenging provisions to implement. In this connection, continued commitment and political will at the highest level will be required as apart from Federal Board of Revenue and Pakistan Customs, Ministry of Commerce, hosts of trade regulatory department and private stakeholders are required to be on board not to mention the assistance of international donors.

In order to fast track the implementation of TFA, following measures are required to be taken on urgent basis. [the_ad id=”31605″]