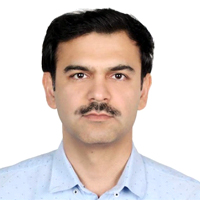 South Asian Association for Regional Co operation (SAARC) was formed in 1985 to find the way forward for regional co-operation in trade and connectivity amongst the 7 member countries India, Pakistan, Sri Lanka, Nepal, Bhutan, Bangla Desh and Maldives respectively. Afghanistan was further added to SAARC to make it an organization of 8 countries in 2007. However, it has not been able to achieve the desired goals it was made for.

South Asian Free Trade Area (SAFTA) was established on 6th January, 2004 from the SAARC platform with an insight to ease out the trade issues and exchange concessions amongst the South Asian nations by reducing the tariff, para-tariff and non tariff barriers.  It has not been the success as yet for the reason that, unlike other FTA, PTA arrangements, the process of phasing out of the tariff (lines) is quite slow and the dispute resolution mechanism is cumbersome and ineffective. Besides, the India being the major regional player, bully and scuttles the smooth trade processes most of the times.

It is generally perceived that there are four factors that hamper the trade amongst the South Asian regional trade to flourish a) Trust Deficit b) Connectivity c) Para Tariff and d) Non Tariff barriers. All factors are very valid but there is a legacy of political issues behind these factors also, which needs to be understood. India enjoys over-trade with Sri Lanka, Nepal and Maldives and whereas, it goes under-trade with Pakistan, Bangladesh and Afghanistan. Pakistan denies India, the access to Afghanistan for trade due to political and strategic reasons and Pakistan’s trade with India has never seen its true potential because of the core issue of Kashmir. Bangladesh applies undue para-tariff to the detriment of the regional trade. Para-Tariff in Bangladesh was seen from 13.3% in 2016-17 to this year’s 25.6%. It went almost double just in couple of years. As far as India is concerned, its trade with South Asia is US$ 19 Billion; three times lower than its potential of US$ 62 Billion. The average tariff in South Asia is 13.6% which is double the world’s average which is 6.3%. [the_ad id=”31605″] Amongst the 8 South Asian countries, India and Pakistan alone contribute 88% of the GDP and 86% of the total population of the region. This makes it clear that improved trade relations between Pakistan and India are in fact guarantee to growth in regional trade. Bilateral trade between India and Pakistan is just US$ 2 Billion which is 18 times lower than its potential trade of US$ 37 Billion. It is 18 points easier for India to trade with 12000 km away Brazil than its immediate neighbor Pakistan. Similarly, India applies scores of non tariff barriers on Pakistani products to make it uncompetitive in its markets. Pakistan has placed 1209 commodities / tariff lines in its negative list with regard to import from India. The noose has further been tightened when the permission is granted for only 138 commodities to enter Pakistan through Wagah border – the only opened land-route between Pakistan and India for trade.

If a single most important issue hampering the regional trade in SAARC countries to be quoted, it would be none other but Kashmir. However, Pakistan holding its principled stance over the issue, may explore the avenues for enhancing the bilateral trade with India and the region by taking the cue from India-China relations. Both these countries, despite having the history of hostility and wars between them, undertake a bilateral trade over US$ 80 Billion per annum. Better connectivity is quite essential for trade in goods. However, without waiting for that to happen, the region should focus on trade in services which includes, inter alia, IT, medical, education and tourism etc. Pakistan can fetch religious tourism from the region since we got holy sites for Hindu, Budhist and Sikh pilgrims. Kartarpur corridor is one such recent example which not only brings good will for Pakistan but also much-needed foreign exchange by facilitating Millions of Sikh pilgrims. If we are able to host 10% of their total population (2.7 Million out of 27 Million) with each pilgrim spending US$ 400/- on an average, we can earn over US$ 1 Billion annually. The new regime in Pakistan is sincerely trying to mend ways and establish durable relations with India by finding out the amicable solution to all outstanding issues. Sooner the India realizes, the better it is. Let the peace and trade be given the chance when ‘dialogue’ is the only option between the two nuclear-armed nations.