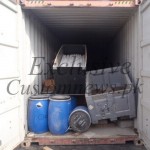 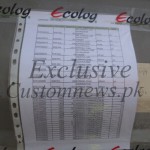 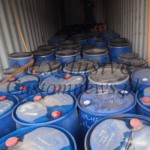 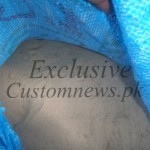 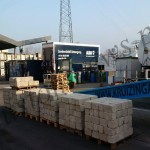 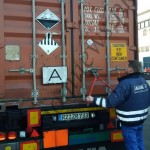 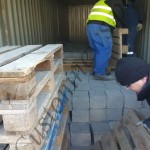 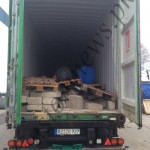 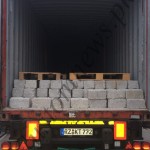 KARACHI: Directorate General of Intelligence and Investigation has found evidence that the NATO/ISAF reverse cargo containers house goods other than the goods declared in documents, which strengthens the idea that arms and ammunitions are being intentionally pilfered into the hands of various militant and political groups in Pakistan.

DG I&I Lutfullah Virk has been the driving force behind all these investigations and revelations. It is because of his network and his intelligence reports that the investigations into this entire scam progressed so fast.

US authorities have time and gain claimed that none of their containers were pilfered or went missing. They also have claimed that no arms and ammunition was transported through the transit rout of Pakistan.

However, it has now become crystal clear that a large number of ISAF reverse cargo were pilfered in Pakistan while large quantity of NATO arms and ammunitions were also recovered in Pakistan. Moreover, the authorities have also found mis-declaration of goods transported through reverse cargo.

A reverse cargo container TRDU9936931 mounted on vehicle No. TLQ-751 was raided by Hayatabad Police while, it was being emptied. The container was declared to be filled with used acid batteries, but the raid found that the container was containing two heavy mechanical units (some kind of air conditioning or electricity generation plants). It was hence established that gross mis-declaration is being carried out in ISAF/NATO reverse cargo.

It may be mentioned here that there is no examination of ISAF consignments and authorities have to rely on the Goods Declaration.

Moreover, 8 more containers examined at Port Qasim by DG I&I were also found to be filled with cement blocks.

The contract for the removal of hazmat waste to Germany for disposal was given to M/s Alba by German authorities. ALBA Group is one of the leading recycling and environmental services companies as well as raw material providers worldwide.

M/s Bin Qutub was hired by M/s Alba, and mandated to transport the waste from the said warehouse to Germany via Port Qasim. Bin Qutab, a Pakistan based Group, is offering complete hazardous waste removal and disposal services for Afghanistan.

It was found that registered bonded carrier M/s Port Connection, who were allowed to transport transit cargo, sold the manifest to M/s Triwah against Rs8,000 to Rs13,000 per manifest.

It is surprising that Germany is numb on these developments that containers bearing cement blocks were being delivered to them instead of Hazmat waste while US has also not reported theft or pilferage of any of its containers.

Several international quarters have been trying to create chaos in Pakistan but the efficiency and professionalism of country’s law enforcement as well as defense agencies have thwarted all such conspiracies. It is suspected that previous to Zardari government, foreign spying agencies were accommodated and they strengthened their networks. These agencies patronized several groups who carried out terrorist activities in country including attacks on law enforcement as well as defense agencies.

But, now the agencies particularly Army have taken things in control and thwarted all conspiracies aimed at increasing chaos vis-à-vis civil war like happened in Arab countries.

Moreover, it has also been found that large number of chemicals is also being transported as well as pilfered in Pakistan under the garb of reverse cargo. Sources suspect that these chemicals might be used in biological chemicals. Sources said that these chemicals cannot be properly tested and examined because of the unavailability of appropriate technology, but a strict vigil is required in this regard.

Customs Intelligence & Investigation to be transformed into independent…

Across the board transfers in Pakistan Customs soon