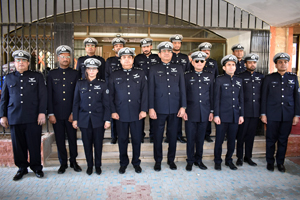 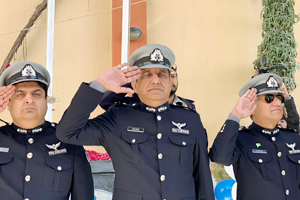 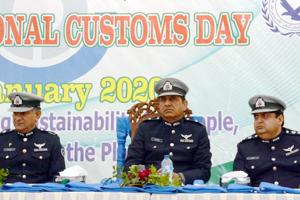 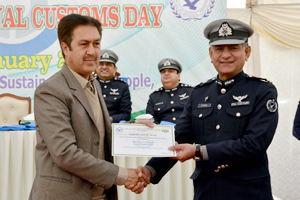 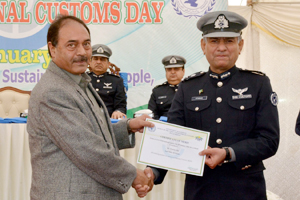 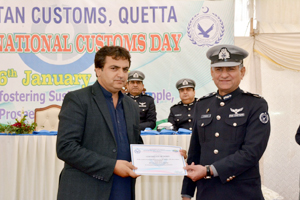 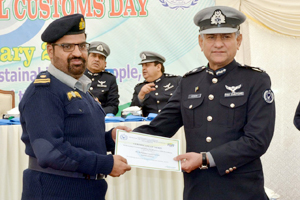 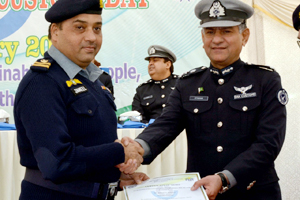 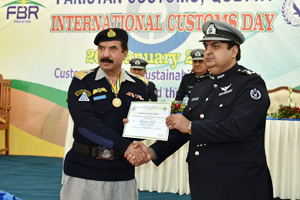 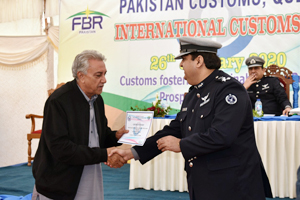 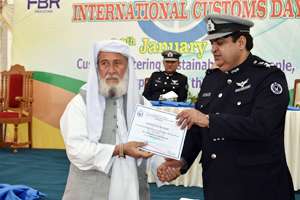 Pakistan Customs Quetta has celebrated International Customs Day with much fervor at Customs House Quetta. This day was dedicated by the World Customs Organization (WCO) to be celebrated every year. The theme set by WCO for the year 2020 was “Customs fostering sustainability for people, prosperity and the planet” The celebration began with flag hoisting ceremony.

The Chief Collector Balochistan Zulfikar Ali chudhry graced the occasion as chief guest and formally started the event with flag raising ceremony along with Iftikhar Ahmed Collector Preventive and Mr. Raza Collector, Appraisement. In the event, the custom’s officers paid salutations with national anthem. During event, the Pakistan Customs in order to recognize the efforts and achievements of its staff presented them awards for outstanding performances. Officers of Regional Tax, Customs Intelligence and Transit along with Chambers commerce Quetta and Chaman and other dignitaries were present.

Chief Collector lauded the efforts of Customs  Staff for efficient vigilance at country’s borders to avoid the illegal trade of contraband goods. He also thanked both Quetta and Chaman Chambers for their contribution while collecting tax and duties. He briefly explains the MCC Quetta one year progress. Tribute was paid to martyr  of Customs Dr. Abdul Quddus Sheikh DC who was targeted by notorious smugglers while coming back from Check. He also mentioned the efforts of other customs martyrs. He praised the contribution of other law enforcement agencies such are Frontier Crops Balochistan, Police and levies regarding their favour while culminating smuggling from the province. Customs Preventive Mr. Iftikhar Ahmad and Collector Appraisement Mr. Raza also expressed their views. According to them smuggling at any level would not be tolerated and already hundred of Non paid Customs Vehicle and other contraband goods were recovered from smugglers. One of huge case of narcotics where more than 2000 kilo gram charas was recovered whose value was around 50 Crore rupees. Mr. Raza running appraisement showed it revenue statement and is of the opinion that more then 16 billion rupees alone  is collected by Appraisement Collectorate Quetta which is more than target assigned by the FBR during the last 7 month. Badini custom near Afghanistan would be functional by 23rd March of this year. Immigration Hall at Taftan is completed. where one window operation system is introduced. Later, certificates were distributed by the Customs Department to its officials, who performed exceptionally well during last year, and among the best importer exporter and clearing agents.