KARACHI: In line with the anti-smuggling drive being pursued by the Director General Intelligence & Investigation (I&I)-FBR, Lutfullah Virk, the Directorate of Intelligence & Investigation (I&I)-FBR, Faisalabad in two successful raids carried out near Faisalabad has seized smuggled foreign origin cigarettes worth over Rs15 million.
The raids were conducted on an information that huge quantities of foreign origin cigarettes are being illegally brought into Pakistan and supplied in the local markets. Special teams were constituted by the Director, Directorate of I&I- FBR, Faisalabad, Juneid Akram under the supervision of Deputy Director, Saad Rabbani for carrying out these raids.
Two suspects have been arrested and investigation is in progress to unearth the gang involved in the smuggling of these foreign origin cigarettes. Two vehicles including a car & a bus have also been seized during the raids. More arrests are expected in the coming days.
It is pertinent to mention here that the cigarettes were packed in cartons having marks “In Transit To Afghanistan Via Bandar Abbas Iran”. The seized foreign origin cigarettes include Benson & Hedges, Dunhill, Dunhill Lights. 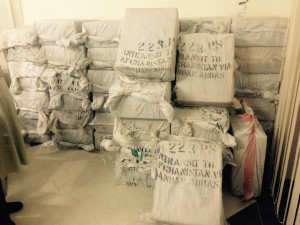 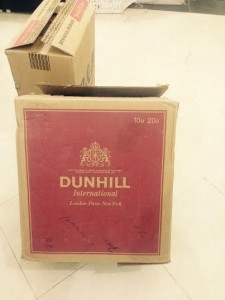 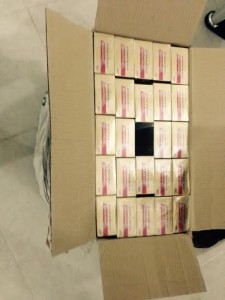