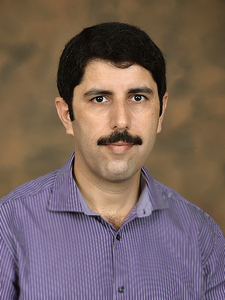 KARACHI: The Custom House Karachi was constructed in 1910. At the time of creation of Pakistan, the Custom House, Karachi was working under administrative control of Bombay Customs. The Collectorate of Customs (Preventive) was the first Customs Collectorate of Pakistan which was created after the independence. Since then the role of Customs as well as Customs Preventive has changed over the years. Like other countries Pakistan Customsâ€™ role has metamorphosed from a revenue collecting agency to the more modern job of guardianship of the economic frontiers of the country; the protector of domestic market and society; protection from illicit drugs and more importantly now, to be the first line of defense in combating terrorism and serious crimes.
Model Customs Collectorate of Preventive has stood upto the new challenges under the visionary leadership of Federal Board of Revenue and Custom House. It has not only aligned its own resources but has increased coordination with other Law Enforcement Agencies (LEAs) like Anti-Narcotics Force, Pakistan Maritime Security Agency, Pakistan Coast Guards, Pakistan Rangers, Sindh Police and Home Department, Government of Sindh. A number of meetings have been convened at Custom House and in the offices of sister LEAs. All these agencies have joined hands in combating crimes including smuggling of illegal and contraband goods. This coordination is the best manifestation of WCO this year slogan â€œCommunication: sharing information for better cooperation.â€ The Federal Government has entrusted Pakistan Coast Guards and MSA with Anti-smuggling powers recently to re-inforce these efforts.
Pakistan Customs conducted a joint operation on 24th November, 2013 with the help of Sindh Rangers, Sindh Police, District Administration Karachi and Karachi Municipal Corporation against the illegal petrol pumps which were selling smuggled diesel oil at Northern Bypass Karachi and surrounding areas. This operation resulted in successful destruction of 61 illegal petrol pumps and seizure of thousands of liters of smuggled diesel oil.
The phenomenon of using passenger buses for transportation of smuggled goods has been discouraged through effective and coordinated enforcement by Pakistan Customs and Sindh Rangers at the choke points. A number of operations have been conducted on RCD Highway at Mochko and Super Highway which resulted in seizure of large quantity of smuggled goods. Major entry points of Karachi are being closely monitored by Pakistan Customs in assistance with other LEAs at Mochko, RCD Highway, Toll Plaza, Super Highway and at Ghaggar Phattak at National Highway. This has resulted in significant decrease in smuggling of Irani oil and other goods into Karachi. Installation of high speed vehicle scanners has been planned at these points to strengthen these enforcements.
Checking in Pakistan Customs waters has been beefed up in cooperation with the Pakistan Maritime Security Agency and Pakistan Coast Guards, resulting in seizure of six launches carrying approximately 177,735/- liters of smuggled diesel of Iranian origin during last three months which is record in the history of Customs seizures in waters. The operations of fishing launches are also being strictly monitored and Port Clearance Certificates are being issued by the Pakistan Customs after proper rummaging of the said launches. Strict vigilance in this regard is being ensured to thwart any attempt of smuggling of arms and ammunition, narcotics and other contraband items through fishing boats. The Pakistan Maritime Security Agency is checking all the fishing boats which are entering or leaving Karachi Fish Harbour in collaboration with Pakistan Customs.
In the changing environment, use of technology and data analysis is the key to combat organized crimes. Therefore, Port Control Units (PCU) equipped with modern tools and soft-wares have been established at Karachi Port and Port Muhammad Bin Qasim. The data analysis revealed certain astonishing phenomenon/trends. Action are being taken accordingly which will go a long way in combating organized crimes being faced by the country. Moreover, three new modern container scanners have been planned with the help of Japan International Cooperation Agency (JICA) to be installed at Karachi Port and Port Muhammad Bin Qasim. Similarly, the scanners have been planned at Chaman and Torkhum borders. These scanners will help in effective control and swift clearance of cargo at ports and borders. In the next phase high speed container scanners will be deployed at different highways to thwart illegal movement /smuggling of contraband goods.
Trained sniffer dogs have been the most effective and and successful tool in interdiction of narcotics at ports and airports. Model Customs Collectorate of Preventive is in process of procuring 30 sniffer dogs for this purpose. These measures with the coordination of Anti-Narcotics Force will strength the efforts to interdict narcotics smuggling which has earned a bad name for the country internationally.
Currency exchange rate is one of the most important indicator of the stability and strength of economy. To check illegal flow of foreign currency, Pakistan Customs has started monitoring of suspected passengers who were allegedly indulged in smuggling of foreign currency at Karachi airport. A crackdown has been initiated against such suspected persons resulting in arrest of eight persons and seizure of currency worth Rs 20 millions. Moreover, data of frequent travelers has been prepared, analyzed and shared with the Federal Government. On the basis of such data analysis the government has reduced the ceiling of 10,000 US$ per passenger to 5000 US$ per passenger which will affect the currency exchange rate positively.
If the same momentum of enforcement continues, Pakistan Customs will be able to put the country back on the highway of prosperity.