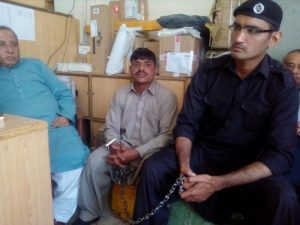 KARACHI: MCC Islamabad has seized large quantity of smuggled goods including 444 grams heroin as the Collector Arslan subuctageen has expedited efforts against the movement of smuggled goods. According to details, Inspector Shabbir detected 444 grams of heroin at GPO Islamabad. The parcel was booked for Amsterdam. The accused has been arrested and handed over to I&P branch for further investigations. Moreover, on an information received from collector Arslan subuctageen, anti-smuggling staff of MCC Islamabad large quantity of smuggled mobile phones worth Rs7.9 million and Suzuki Pick-up van valuing Rs0.6 million were seized at Motorway chowk near Islamabad Toll Plaza.

PIA repatriats over 100,000 passengers in largest such operation in country’s history