ISLAMABAD: The Federal Board of Revenue (FBR) on Monday issued a provisional seniority list of data entry operators (BS-12) Information Technology cadre of Inland Revenue.
In a office memorandum, the FBR said that IT Cadre of Inland Revenue Services (IRS) had been created by merging of IT professionals working in the offices of FBR/field formations. â€œIt does not include those IT professionals who were originally appointed in the computer wing of Customs Department,â€ the memo said.
Therefore, it further said, in case any such officer(s) is found included in the list the same may be pointed out to the board. The concerned officer(s) are also advised not to withhold such information for reasons that in case it is revealed to the board at the later stage, the name of such officers shall be excluded from the list without any notice.
The FBR also said that certain information is still missing in the list such as domicile, date of joining FBR etc. This information, wherever missing, is to be provided by the respective officer with documentary evidence even if there is no objection to the placement in the seniority list. 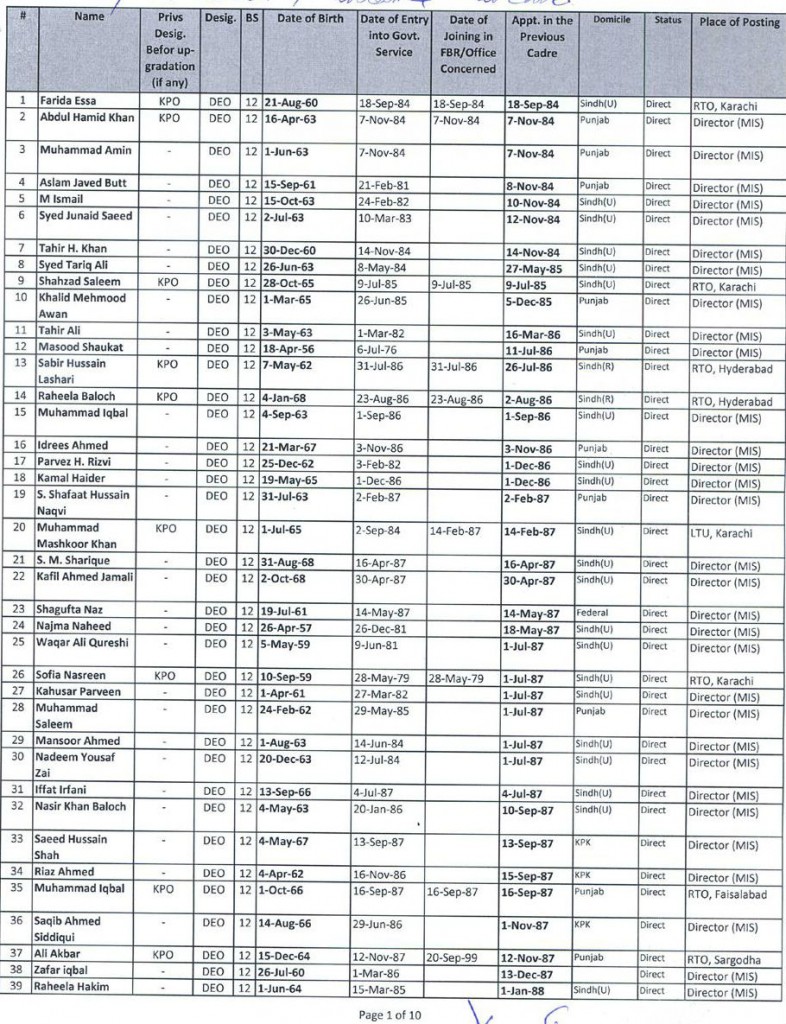 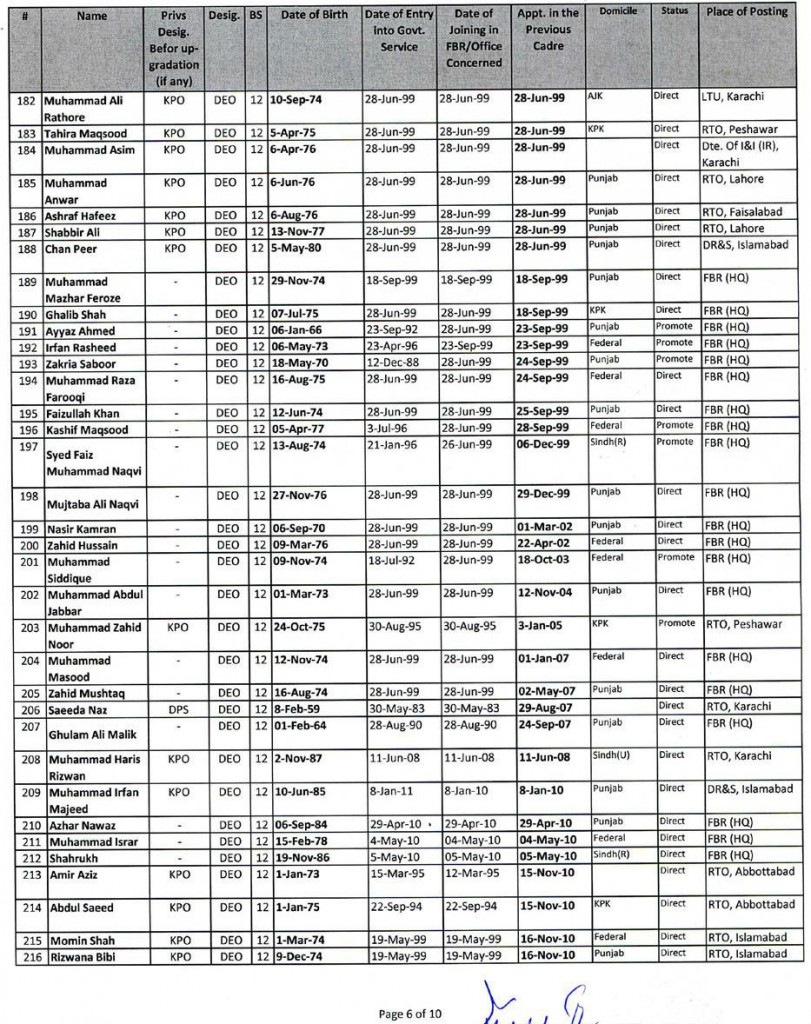 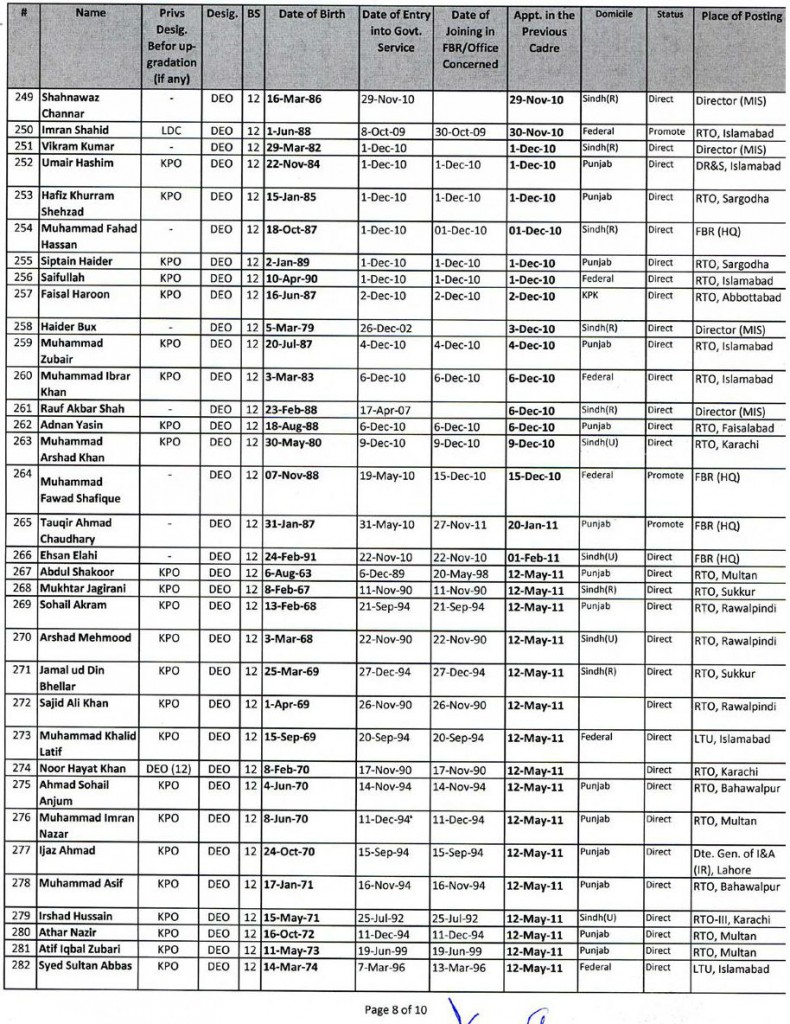 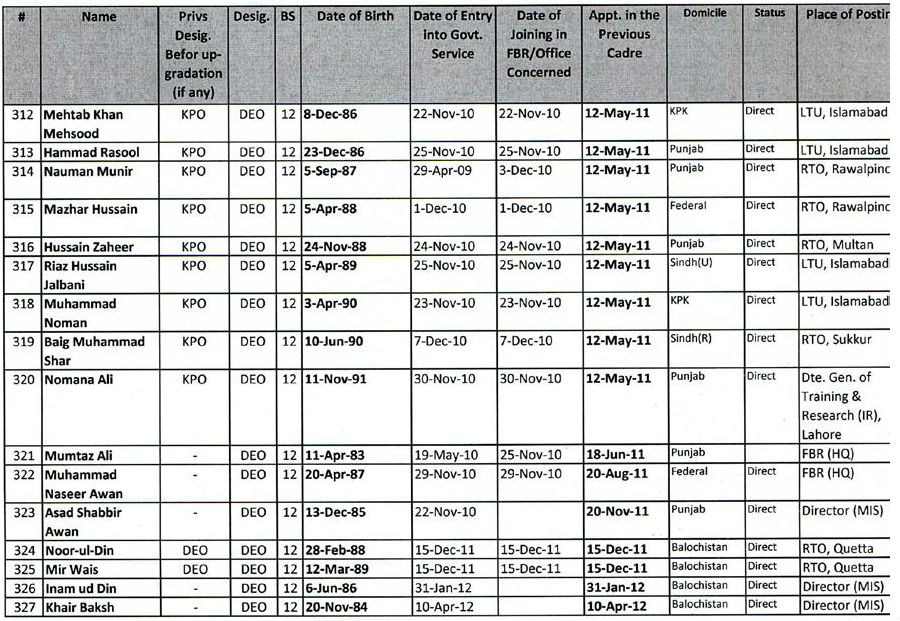