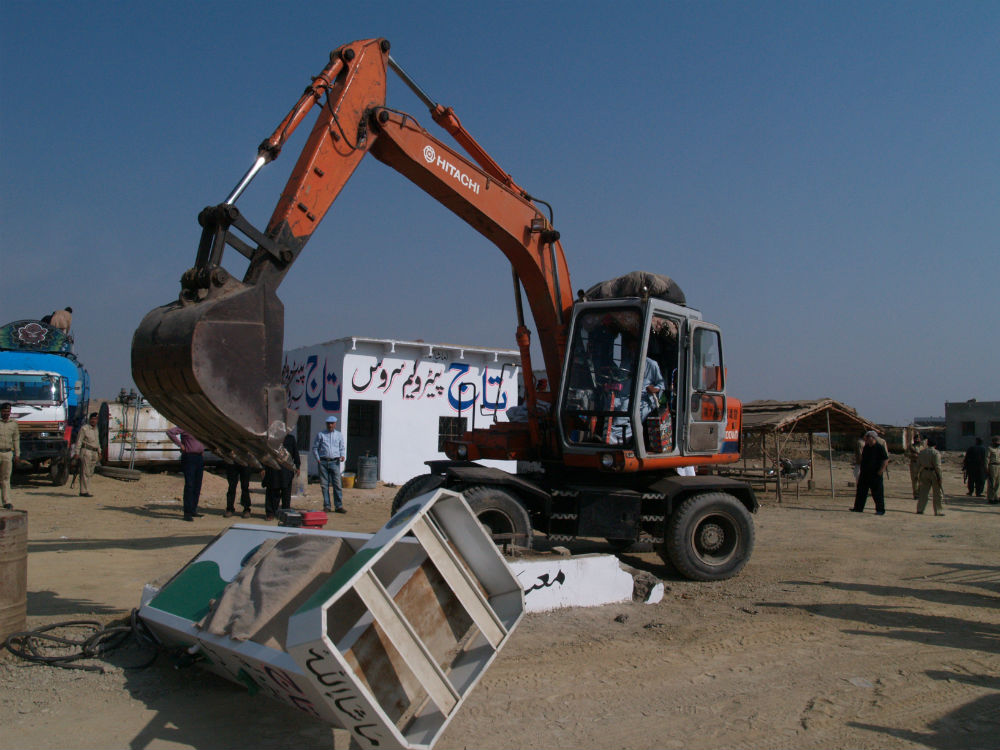 In a statement, MCC Preventive launched the operation on Sunday morning and demolished 61 illegal petrol pumps. The illegally constructed and installed plant / machinery were also removed and confiscated by the district administration. Thirdly, the customs authorities seized thousands of liters of smuggled POL products.
The crack down launched in compliance with the directives of Supreme Court of Pakistan regarding coordinated and joint efforts against illegal movement of smuggled and contraband goods, a number of meetings were arranged by the Attorney General of Pakistan which were attended by Chairman, Federal Board of Revenue, Pakistan Rangers, Sindh, Director General Anti-Narcotics Force, Director General Pakistan Coast Guards, Director General Maritime Security Agency and Chief Secretary Sindh.
In a recent crackdown against availability of smuggled POL products in the city, a joint operation has been launched by Pakistan Customs against illegally constructed petrol pumps along the Northern Bypass and Karachi West. The following agencies/department aided Pakistan Customs in the operation: Pakistan Rangers (Sindh); District Administration; Sindh Police; Municipal Commissioner.
The spokesman of Pakistan Customs has informed that all agencies/department have reiterated their resolution to continue such operations till the final target is achieved.