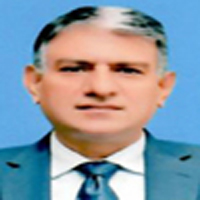 International Customs Day is an auspicious occasion for world customs community as it provides an opportunity to customs to showcase its achievements in the field of revenue collection, trade facilitation, enforcement and compliance. International Customs Day is celebrated on 26th January every year under the auspices of World Customs Organization (WCO). In order to acquaint and sensitize customs fraternity about emerging issues and challenges, World Customs Organization each year selects a theme relevant to international trade. This year, WCO has selected theme of expeditious and smooth movement of cross-border movement of goods, people and means of transport, with the slogan “SMART borders for seamless Trade, Travel and Transport”.

Customs is one of the most important organizations in a country. It is the first interface with the outside world. Customs performs multiple tasks including collection of duty taxes, regulation and facilitation of international trade and passenger movement apart from enforcement of different laws and procedures to safeguard from influx of goods and people who may jeopardize the safety and security of the country. This year’s theme is in consonance with customs overall mandate of regulating the international flow of goods, transport and people in an imperceptible manner so as not to create hurdles in the movement of goods and people but at the same time ensure compliance of the laws and procedures in place.

In this connection, Pakistan Customs has been leading Pakistan’s efforts for creating a trade friendly regime. A major component of the said regime is the designing and operationalization of an end to end automated cargo clearance system known as WeBOC (Web based one customs). The cargo clearance system in operations cover the entire spectrum of international trade from import and export to transit and transshipment. Currently, more than ninety five percent of the cargo clearance is being processed through the WeBOC system.

Similarly, Pakistan Customs as an obligation under the World Trade Organization’s Trade Facilitation Agreement is setting up a National Single Window (NSW) to connect all the trade regulatory bodies and departments including the ports and traders to an electronic portal. The Single Window envisages submission of all the declarations, documents and NOCs issued by trade regulatory bodies at one platform to minimize costs and time to trade. Similarly, Pakistan Customs has also initiated other reform measures to facilitate the hassle-free movement of goods without compromising on controls. These include  implementation of TIR Convention, adoption of Authorized Economic Operators, not to mention Advance Ruling system and WCO Data model.

While eulogizing our achievements, we as officers of Pakistan Customs should not lose sight of many areas and vistas opening up due to rapid advancement in technology and globalization of trade and services. I am confident that with the quality of human resource we have, Pakistan Customs is bound to play an even more significant role in the economic development and well being of Pakistan.

In the end, I felicitate my fellow officers and the trade community on the occasion of International Customs Day and request them for their cooperation and sincere efforts in making Pakistan an international trade and industrial hub. [the_ad id=”31605″]