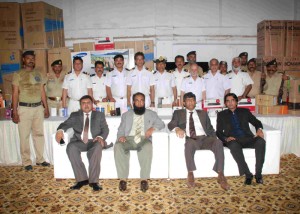 KARACHI: MCC Preventive has booked nine persons for switching the goods of a transshipment cargo with less valued goods to defraud exchequer. Three persons were caught red-handed committing the crime including drivers Munawar Hasan, Shahid Iqbal and one Mohammad Imran. The absconding accused include Proprietors of M/s Pakistan Enterprises and Clearing Agency M/s Ehsanuddin; Abdul Moiz Bhawany who is also wanted in four different FIRs lodged by Peshawar I&I; Mohammad Sohail and Muzamil Shah are also absconding. Addressing a press conference Chief Collector Zahid Khokhar and Collector Tariq Huda informed a credible information was received to the effect that some unscrupulous elements were importing commercial goods of higher duty slab under the umbrella of transshipment for upcountry. The modus-operandi evolved was that these containers are cleared from the port area and instead of taking them to upcountry they are taken to various godowns in the city. At these specified godowns the higher duty slab goods are offloaded and the containers are stuffed with low duty goods. They informed the press that information was received that a container is parked at the godown situated in SITE area. The container was meant for transshipment to Lahore and the imported goods would be switched with low value goods. A raiding party was constituted reached the said godown and found in the godown and the process of unloading of goods was carried out under -supervision of Muhammad Imran along with the daily wage laborers. The container was cursorily searched, and a report to the effect was prepared on the spot of the goods lying in the godown and in the container. Driver Munawar Hussain produced import documents, one PCCSS seal and two shipper's seals both having the same seal number. All the three seals were in broken condition. The process of the detailed examination and preparation of inventory of huge quantity of foreign origin goods thus recovered was initiated, which were seized. Muhammad Imran was arrested along with two truck drivers. Preliminary investigations revealed that the container was imported by M/S Pakistan Enterprise and documents for the clearance and the TP were filed by M. Ehsan Uddin & Company. It has further been revealed that certain unscrupulous elements have played pivotal role in the import and switching of the goods and certain names have also been surfaced, which need to be probed further at the investigation stage of the case. The role of officials of agencies who may have colluded to facilitate this crime will also be investigated. Additional Collector HQ Khalid Jamali, Deputy Collector Ali Raza Turrabi and Assistant Collector ASO Preventive Syed Mohammad Raza Naqvi. Chief Collector Enforcement appreciated the efforts of ASO team. 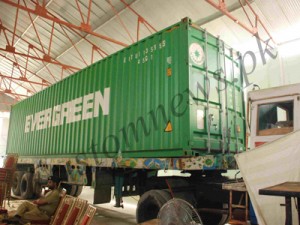 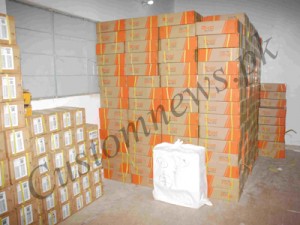 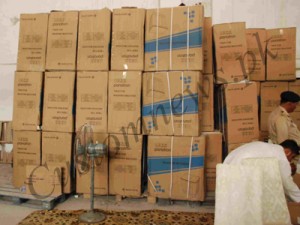 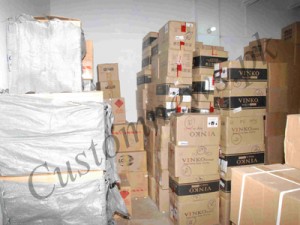 A.F Fergusons expects effect of the pandemic to subside in the following months

OPENING OF BRANCHES TO FACILITATE THE COLLECTION OF GOVERNMENT RECEIPTS / DUTIES / TAXES ON JUNE 30, 2020