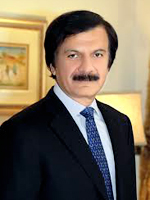 The role of Customs, over the past decade or so, has diversified and transformed. Customs has an integral role in the globalization process and is a catalyst for competitive forces across the globe. Customs is not only the collector of state revenue, but it is regarded as a key border agency responsible for all transactions related to issues arising out of border crossing and it undertakes functions on behalf of all other national agencies. The management of borders has been one of the cardinal functions of the state. However, the management of borders has now become a very challenging and multifaceted process due to massive globalization, which has brought about fundamental changes in Customs activities and inspection processes the world over.

In view of the changing dynamics of global trade and to underscore the critical need for collecting and analyzing data to more effectively enforce controls, while extending facilitation to legitimate international trade, World Customs Organization (WCO) has chosen the theme “Data Analysis” with the slogan of “Data Analysis for Effective Border Management” for this year’s Customs Day.

While international trade is the lifeline of the global economy, it also attracts illicit activity. Effective data analysis, through cognitive systems, allows Customs authorities to pursue enforcement without jeopardizing trade facilitation. It enables the sifting of huge amounts of data to identify and investigate cases of non-compliance and it helps to make more accurate predictions about the evolution of fraud practices. Customs administrations are thus able to make intelligent decisions, thereby rendering systems of trade more efficient and safer without adversely impacting trade facilitation.

In the end, I congratulate all officers and officials of Pakistan Customs on this special day with the hope that the department shall continue in its resolve to achieve revenue targets, facilitate international trade and passenger traffic, along with effective border control through efficient data analysis, real time exchange of information and better inter-agency cooperation.