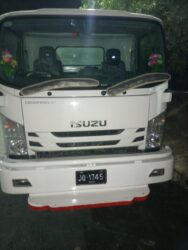 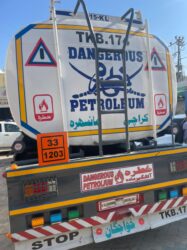 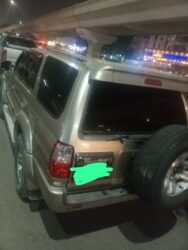 Information was passed through Director Saquif Saeed to Additional Director Nausheen Faisal that a group involved in organised smuggling of petrol/diesel would attempt to smuggle Iranian petrol to Karachi.

A huge quantity (15,000 ltrs) of smuggled petrol were recovered. In another case, oil tanker carrier 9000 ltrs smuggled Iranian petrol was also seized. Value of the seized smuggled petrol and oil tankers are estimated to be Rs 19 million.

Moreover, six NCP or tampered vehicles have been seized. Value of the seized vehicles are estimated to be Rs21.5 million.

Further, ladies suiting cloth rolls have been seized. Value of the seized cloth is estimated to be Rs 3.5 million.

On the directives of Director General Faiz Ahmed, all I&I formations are pursuing a rigorous anti-smuggling campaign, and seizures are made on daily basis.