KARACHI: While disposing of a complaint, FTO Dr. Asif Jah has directed FBR to revisit the tax order, in case of a Pakistani seafarer who is a Master Mariner sailing on board of foreign vessels .The has observed that salary income of such persons is exempted from the income tax in terms of clause 4 (b) ,part 1 of second clause to the income tax ordinance ,2001.

Breifly, the Complainant; a salaried individual and a Master Mariner sailing on board of Foreign Vessels, earning U.S.$ 8,000/ per month; filed income tax return for Tax year 2016. The salary income of a Pakistani seafarer working on a foreign vessel provided that such income is remitted to Pakistan, not later than two months of the relevant tax year through normal banking channels; is exempt from income tax in terms of clause 4(b), Part 1 of Second schedule to the Ordinance. The department (Deptt) issued show cause notice against foreign remittance amounting to Rs.9,818,819 declared in wealth reconciliation statement for Tax Year 2016.

The Complainant submitted bank statement and requested to close the amendment proceeding as the foreign remittances were received through banking channel against monthly salary earned as Master on foreign vessel & remitted through banking channel but the Deptt made addition on account of unexplained assets creating tax liability of Rs.2.598 million on excuse of not providing encashment certificate.

Therefore, complainant took the matter with Federal Tax Ombudsman, the Chief Commissioner –IR contended that the Complainant did not declare any such income in his return but declared the same in wealth statement. As no encashment certificate was produced along with bank statement, therefore; addition as unexplained assets under Section 111(1 ) (b) /39 of the Ordinance was made. On the contrary, the Complainant submitted his seaman identity card issued by the Shipping Master and ‘Seaman engagement & discharge record’ showing date of joining & date of discharge from foreign vessel, monthly pay slips issued by foreign vessel ‘M.V Miami Pride’ depicting monthly salary income of U.S.$ 8000/per month for Tax year 2016 and bank statement showing money trails.

Whereas the order of FTO stated that the nature & source of foreign remittance had been explained in the shape of monthly salary income working on foreign vessels and remitted through banking channel, any addition made under Section 111(1)(b) in the case of Complainant; is contrary to law & procedure. The Deptt’s argument of requirement of encashment certificate as per provision of Section 111(4) applies to those foreign remittances where the nature & source of the foreign remittances cannot be explained, hence the impugned order for tax year 2016 is arbitrary, contrary to law & procedure, principle of natural justice; hence, unlawful per Se. “Moreover, such a cold-blooded treatment meted out to a professional bringing precious & much needed foreign exchange to Pakistan is completely unjustifiable.”

FTO has directed FBR to revisit the impugned order after affording proper opportunity of hearing to the Complainant on its merit in accordance with law. 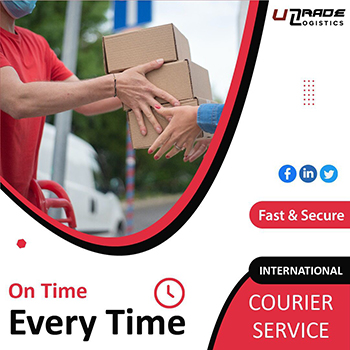