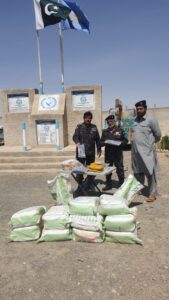 QUETTA: Customs Quetta in a joint operation with FC Noshki has seized large quantity of narcotics worth Rs50 million.

The seized narcotics had been dumped at a secret place, which were unearthed in an intelligence based operation. These include 228KG charas and 6KG opium.