KARACHI: The mini-budget tabled before the National Assembly has proposed several taxation measures on automobile sector, which would increase car prices (both imported and locally assembled) significantly. Vehicle prices in Pakistan are likely to surge in the range of Rs65,000 to Rs500,000 depending on the variant.

“Since 850-1000cc category contributes around 40% of Pak Suzuki (PSMC) total sales, we believe that the company’s volumes (mainly for Cultus and Wagon R) may take a hit”.

Besides, the government also increase FED on imported Completely Built-up Unit (CBUs) by 5% on all categories below 3000cc. This is positive for the local assemblers especially in the 1000-2000cc as their price increases will be lower (2.5%) compared to imported CBUs. 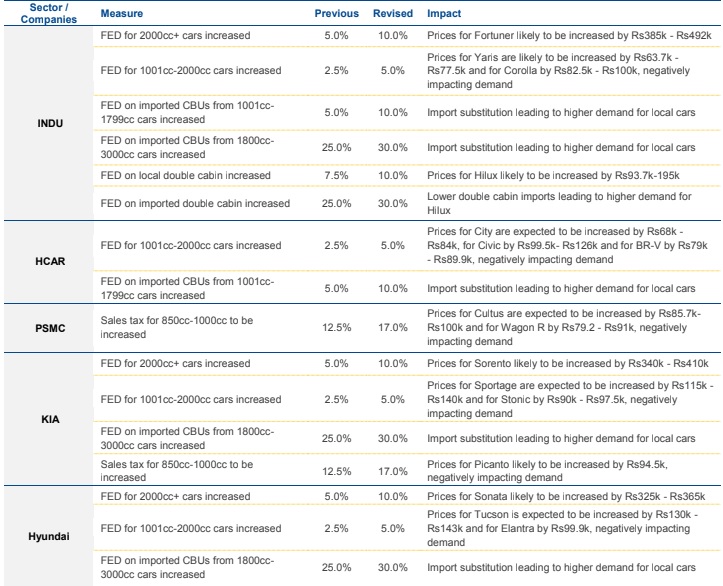