Chairman FBR transfers 93 adjudication cases back to Quetta from Karachi 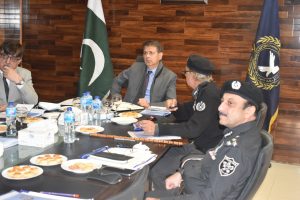 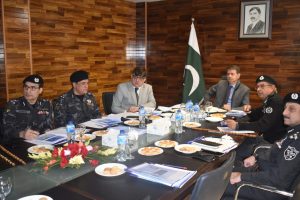 QUETTA: Chairman FBR Dr. Ashfaq has said that soon a Director would be posted at MCC Quetta to conduct tax valuations and complete mechanism would be devised to process Goods Declarations (GDs), while check posts would be reduced.

He said FBR was aware of the ground realities in Baluchistan and added that cases made by Customs Intelligence and Investigation would be heard in Baluchistan. Member Customs Policy Saeed Jadoon, Chief Collector Baluchistan Muhammad Sadiq were also present on the occasion.

Dr. Ashfaq informed the traders that practical measures were being taken to activate business gateways with neighbouring countries. He said traders and business community would be facilitated and appreciated the efforts of Quetta Chamber in trade/business promotion.

Sources said issues and cases were purposely being framed against Customs officers such as Tariq Huda and Member Customs Policy Saeed Jadoon. A years old case pertaining to import from Iran was opened, wherein Customs Intelligence and Investigation had prepared a report that government exchequer suffered losses due to under-invoicing and non-implementation of Valuation Ruling on import of pistachio and other products from Iran during 2017.

Customs Intelligence and Investigation detected a couple of consignment in which European confectionary was cleared in the garb of Irani goods. Based on these few cases, I&I concluded that such mis-declaration and under-invoicing was on since 2017 and projected revenue loss of billions of rupees since 2017.

Based on this report, Chairman FBR Dr. Ashfaq formed a committee comprising Seema Bukhari (BS-21) and Fayyaz Rasool (BS-20) to investigate the case.

Both Seema Bukhari and Fayyaz Rasoon are good reputed officers with clean record.

The committee submitted the report effectively dismissing I&I report regarding revenue loss. It may be mentioned that imports from borders are governed under local Valuation Ruling issued by the clearance collectorate. Moreover, most of the imports from Iran and Afghanistan are in local currency, hence foreign exchange is saved.

Dissatisfied with the finding of the committee, Chairman FBR advised Seema Bukhari and Fayyaz Rasool to fix the responsibility on Customs officers in this so called revenue loss. Subsequently, Member Customs Policy Saeed Jadoon was nominated in the fact-finding report as responsible for the alleged leniency.

FTO Asif Jah and CEO PSW Aftab Haider, Chairman EPZ Saifuddin Junejo are all from Customs Group. On the other hand officers of Pakistan Customs Service (PCS) have actively pursued the vision of Imran Khan. Due to these achievements of Customs Group, Chairman FBR of IRS is now biased against Customs.

That the DIIC, Quetta, intentionally &amp; unlawfully applied those sections of Customs Act, 1969 in seizure reports which are entirely contradicting to the delegated powers conferred vide SRO 486(1) 2007 dated 09-07-2007 (copy attached). Mr. Muhammad Ismail Director I&I Quetta has formed many Contravention Reports/FIRs by invoking section 25. 25 A and 32 of Customs Act, 1969 which is beyond his jurisdiction.

Vice Chairman All Pakistan Customs Association Alamir Durrani said that if the announcements made by Chairman FBR prove to be lolly-pop, trade and industry would take drastic protest measures. He said Chairman should have come with concrete decisions and measures to solve the grievances of traders.

On the other hand, in a meeting with Chairman FBR Customs Intelligence and Investigation informed that there had been no strike in Taftan and Quetta. However, some unscrupulous elements at NLC Dry Port tried a partial strike. Director I&I Muhammad Ismail briefed the Chairman about the anti-smuggling activities and also apprised the Chairman of the tactics used by traders to hoodwink authorities and evade government revenue.