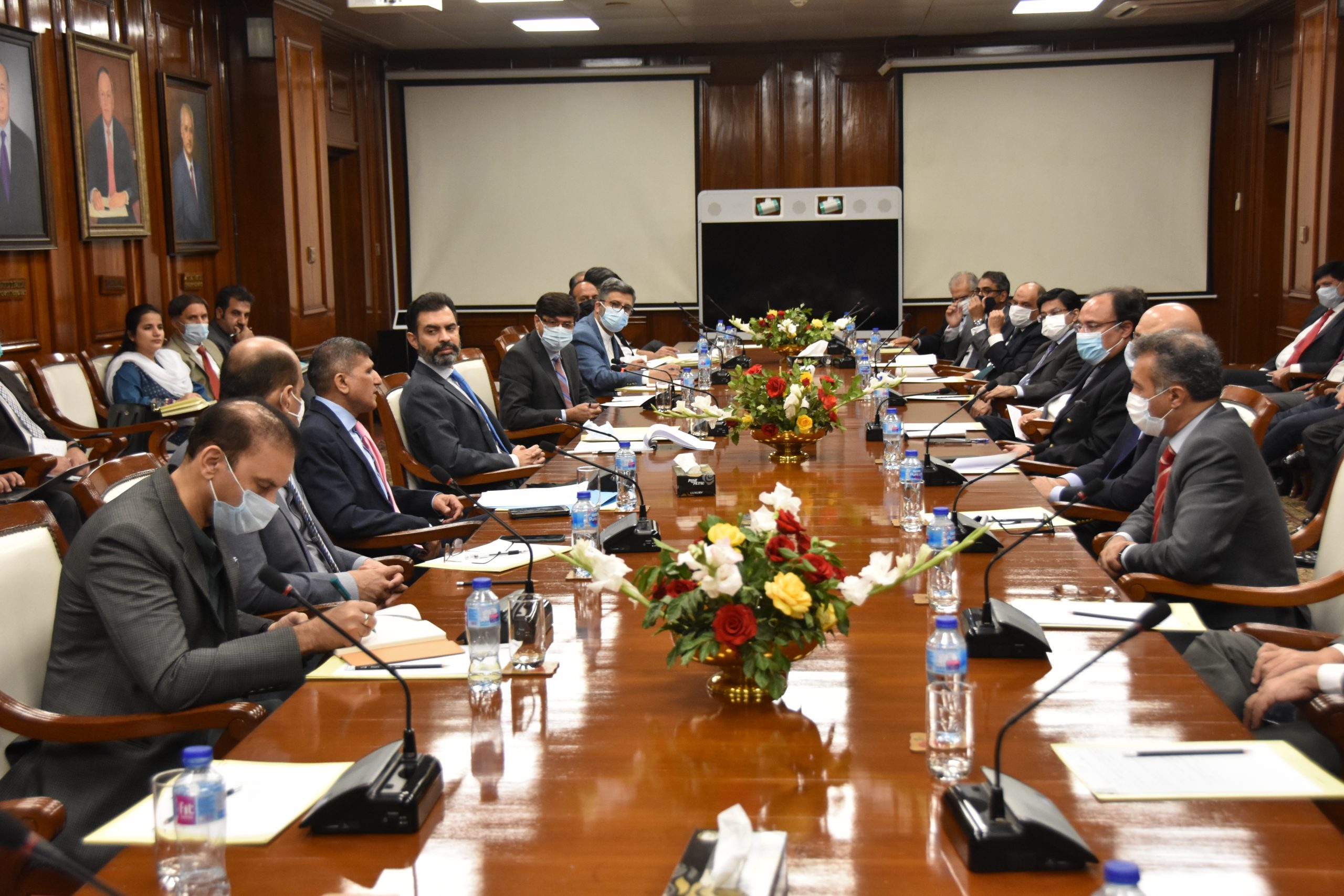 Governor State Bank of Pakistan, Dr. Reza Baqir, chaired a meeting today with Director General FIA Sanaullah Abbasi to strengthen and coordinate efforts of SBP, banks and Federal Investigation Agency (FIA) to fight money laundering, cyber-attacks and online frauds. The meeting was also attended by the Presidents of Banks and senior officers of FIA and SBP.

Governor SBP emphasized the need for close cooperation amongst banks, SBP, and FIA so that white collar crimes are expeditiously investigated and fraudsters are apprehended and prosecuted. SBP has taken several measures in recent past to strengthen its work on Anti-money Laundering (AML) as well as taken regulatory and supervisory measures to improve banks controls to prevent digital and social engineering frauds. In addition to better controls at the level of Financial Institutions and enhanced customers awareness, effective investigation and prosecution of criminals is needed to substantially reduce incidences of money laundering, digital frauds and cyber-attacks. FIA team offered support in strengthening cyber security at banks and suggested banks to carry out Information Security (IS) audit of their systems. Welcoming the suggestion SBP informed that as per existing regulations banks are required to regularly carry out their information system audit and penetration testing, however it would be reemphasized to the industry through PBA.

The meeting identified key follow up areas and associated timelines for strengthening cooperation between SBP, FIA, and banks in these areas.