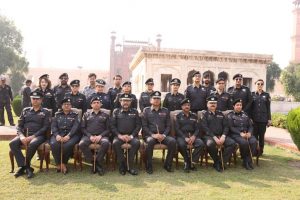 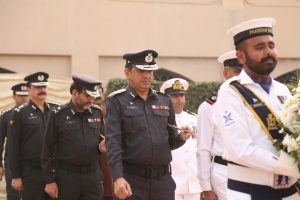 The ceremonial guard mounting was followed by floral wreath laying at the Mazar of national poet by the Chief Collector Enforcement, Lahore, Mr. Zulfiqar Ali Chaudhary on behalf of the Member Customs (Operations) Mr. Tariq Huda.

The Chief Collectors and the Collector Enforcement Lahore paid rich tribute to the legendary poet and philosopher commemorating his great vision and spirit of idealism. The ceremony was observed by a large number of officers and officials from the Pakistan Customs in Lahore.