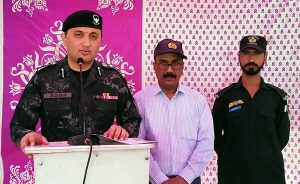 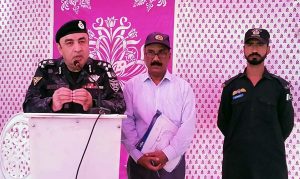 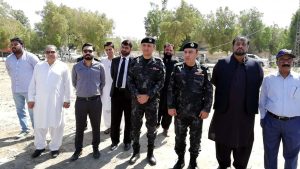 HYDERABAD: The Collectorate of Customs, Hyderabad has initiated a crackdown against all kinds of smuggled / contrabands goods and narcotics.

Hectic efforts were made doing the last two months to penetrate the smuggling cartels through a network of informers. Efforts were also made to engage other law enforcement and intelligence agencies for making leaps in confiscation of contrabands and interdiction of narcotics.

In this regard, Collector of Customs assigned special task to various field units to enhance vigilance and remain on high alert. Owing to the proactive approach adopted by the Collector and efforts made by the staff the seizures in the first quarter are record high.

These untiring efforts resulted in major cases of narcotics which include 650 kgs of Hashish (Charas), 120 Kgs of Opium and 650 grams of heroin, were amongst it.

While efforts were underway to curb smuggling on the goods, a new trend was observed that of smuggling contraband item through courier service.

In one such case, on specific information received by the Collector, Collectorate of Customs, Hyderabad that an attempt to smuggle Katch Slab (Katha) would be made on Kot Ghulam Muhammad route. The concerned unit was directed to stay on high alert and keep surveillance.

ASO team headed by the inspector in-charge along with his staff raided Tranzum Courier Service (TCS) office located at Mirpurkhas and successfully confiscated 60 bags of Katch Slab, weighing 1800 kgs (approx). The market value of confiscated goods is about Rs2 million rupees. Further investigation is underway to determine the role of the courier company and the alleged parties.

An official said that anti-smuggling campaign was going on successfully and smuggled goods were being seized in such quantity that there is a shortage of warehousing these seized goods. Therefore, Customs across Pakistan has initiated emergency destruction of seized goods.