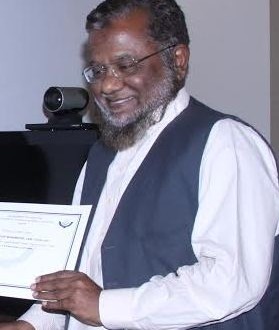 On the directives of Federal Government, Chief Collector Peshawar Asif Mehmood Jah has applied for pre-mature retirement from Customs Service.

An official said it Asif Jah is a very competent and reputed officer, and his appointment as FTO is a very prudent decision by the federal government.

Asif Jah was conferred Hilal-e-Imtiaz for his public service.

After the outbreak of Covid, Jah immediately started awareness campaign about the preventive measures through print and electronic media and thousands of PPEs were provided to doctors in various areas.

Jah and his team has been continuously working in the deserts of Thar and remote areas of Baluchistan for the last 8 years to provide safe drinking water.

He also started Thar Green Campaign in line with the vision of PM Imran Khan to make Pakistan. 110 green farms spreading over an area of 500 acres have been developed so far. The produce of these farms is distributed among the poor families of Thar.

He also started Bakri Pal Scheme for the widows of Thar in order to provide them livelihood and fresh milk for their children.

Dr. Asif Mahmood Jah is a renowned writer and has authored 25 books which are recognized and appreciated at national as well as International levels.

National Book Foundation under the aegis of Govt. of Pakistan has published his five books. One of the books Dwa, Ghiza our Shifa (Medicine, Diet & Healing) has been rated as Best Seller during the years 2017 to 2020.

Dr. Asif Mahmood Jah also served the humanity in distress beyond the borders without any discrimination of color, creed or religion. He and his team have been serving the Rohangia Muslims living in Bangladesh, Syrian Refugees living in Turkey and Earthquake effecties of Iran.