Majority of FTAs, PTAs not in favor of Pakistan, as FPCCI not consulted 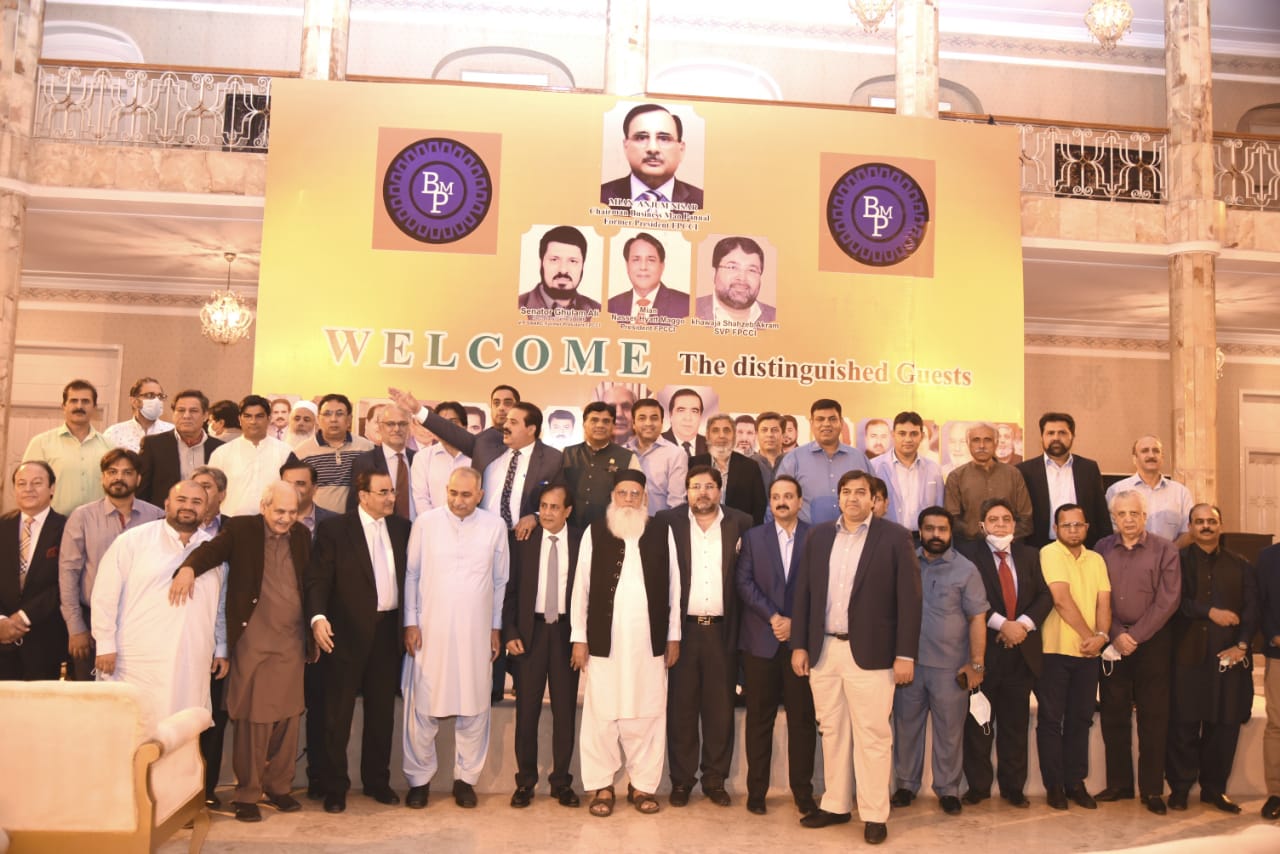 FPCCI, BMP to continue raising voice for cause of Pakistan trade, industry:

The Pakistan’s most of Free Trade Agreements (FTAs) and Preferential Trade Agreements (PTAs) signed with various countries, with exception of few, are not in favour of local industry, as they are inked without taking the real stakeholders of trade and industry onboard.

These views were expressed by the Federation of Pakistan Chambers of Commerce & Industry (FPCCI) president Nasir Hayat Maggo and Businessmen Panel Chairman Mian Anjum Nisar during a dinner reception hosted in honour of FPCCI and BMP leadership. The reception was also attended by the business community’s representatives from across the country.

The FPCCI President said that the government has been suffering a revenue loss of billions of rupees due to FTAs and PTAs, urging the authorities to always consult the apex trade body of FPCCI before finalizing any business treaty with any country. Nasir Maggo said that the leadership of FPCCI and BMP were in touch with the federal and provincial ministers to resolve the problems of the business community. And despite the business closures due to Covid-19, the FPCCI has been raising its constant voice at every forum for the cause of trade and industry’s promotion.

FPCCI’s Businessmen Panel Chairman Mian Anjum Nisar said the government should redesign the FTAs and PTAs with a view to promote the domestic industry, suggesting that Pakistan should have entered into FTAs and PTAs with only those countries where it had a clear and mutual competitive advantage. He said the concerned stakeholders should also be taken on board while framing the recommendations in that regard.

Mian Anjum Nisar suggested the government to devise a strategy in the light of impact on domestic industry, convincing other countries to liberalize their import policy by reducing tariff lines and easing sensitive list for Pakistan merchandise. He suggested that Pakistan should have entered into FTAs and PTAs with only those countries where it had a clear and mutual competitive advantage.

FPCCI former president said that local cost of production was already high on account of high tariff of electricity and gas, coupled with import duties on inputs, making the local production uncompetitive.

On the other hand, local processors were unable to export their products to those countries as they were absolutely uncompetitive owing to hosts of reasons, he said. If imports are not checked immediately, the entire industry in general and the emerging industrial sectors in particular will suffer a serious setback, he warned. If relaxed import policy continues billions of rupees investment in domestic industry would be shattered, he added.

The BMP Chairman asked the government to prioritize agriculture sector in its economic planning to avert shortages of essential goods and industrial inputs.

Agriculture sector has proved to be the weakest link in the current macroeconomic planning and strategies, Anjum Nisar said. Poor governance, bad planning, climate change and lack of investment in seed technology and agriculture research have already resulted in shortage of wheat, sugar and cotton.

Pakistan’s food security is dependent on production of essential crops that are providing basic food and input for industrial production, Anjum Nisar added. However, the performance of agriculture sector presently does not guarantee self-sufficiency. FPCCI’s ruling group chief said that negligence of agriculture could lead the country towards severe food security while shortage of essential food items would increase inflation.

Anjum Nisar said keeping in view of scarcity of agriculture land, there was need to promote cooperative farming. He said that Pakistan would have to focus upon quarantine issues to improve its agri and fruits exports. He said that business community was not asking for subsidy but they wanted level-playing field so that they could compete for increasing share in exports at global level.

He highlighted that the price of utilities, especially electricity tariff, proved industries uncompetitive as price of electricity on average stood at 15 cents per kilowatt while its price in Bangladesh was ranging at 7 cents, 8 cents in India and 10 cents in China. We asked for level-playing field for our survival, he added.