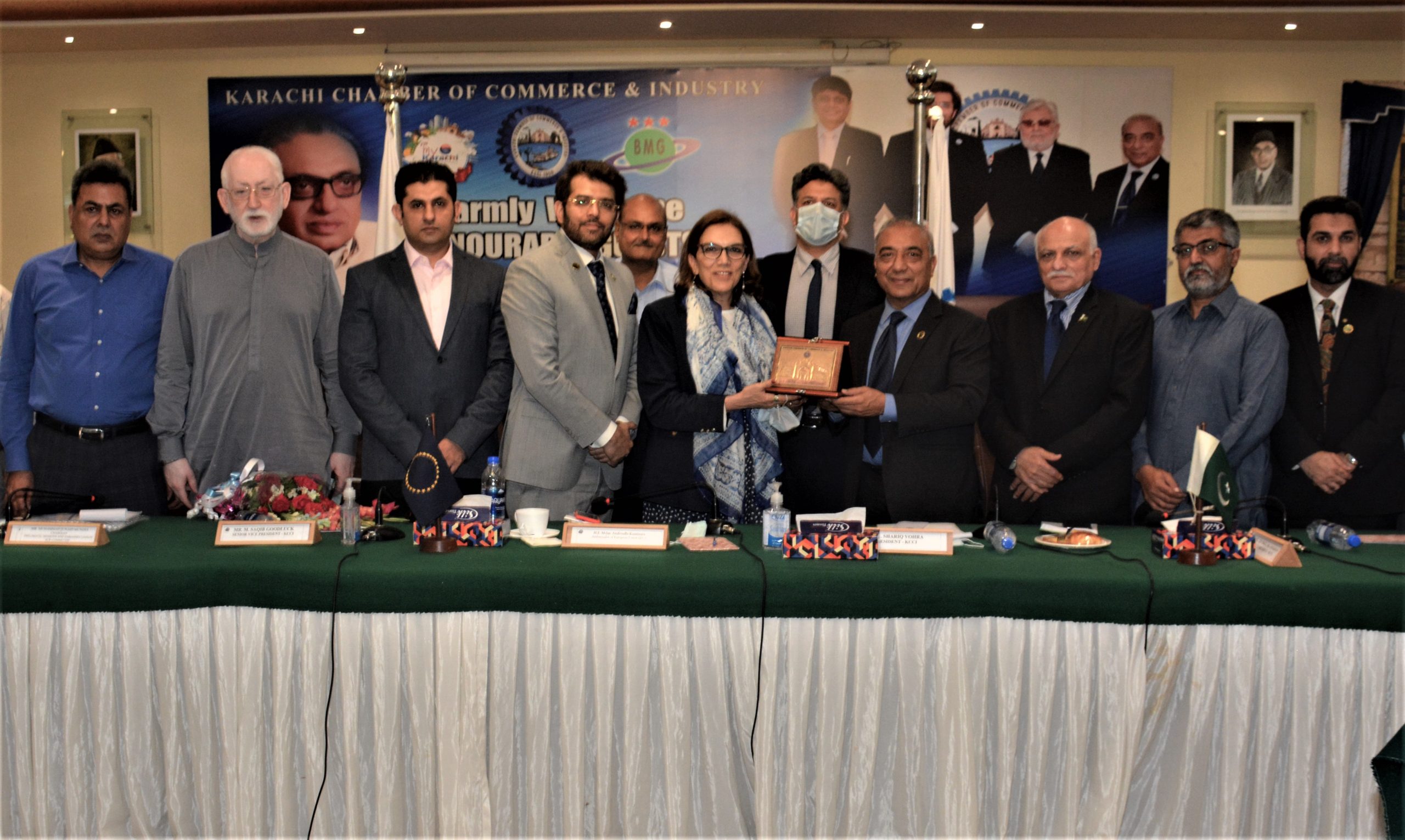 KARACHI: The Ambassador of European Union in Pakistan Androulla Kaminara has stressed the need to ensure implementation of conventions on human and labor rights so that the GSP plus status granted to Pakistan by EU continues without any issue.

Speaking at a meeting during her visit to the Karachi Chamber of Commerce & Industry (KCCI), the EU Ambassador, while discussing the possibilities of further improving EU-Pakistan bilateral trade, said that European Union is committed to working together to facilitate EU’s trade in Karachi and the rest of the country.

Androulla Kaminara stated that progress on reforms and implementation of conventions was reviewed after every two years and adding special trade incentives like GSP status was withdrawn if the country was found not fully abiding by obligations in the light of the report. However, she said in the 2020 review report, Pakistan had gained a significant improvement in certain areas but a lot more needs to be done in other sectors as well.

Appreciating improvements in some of the conventions out of a total of 27 conventions signed by Pakistan, she said that the government spent two years making legislation for the protection of the journalist community. But, she emphasized, there was a need to expedite reforms and steps for legislation on disappearance, torture, abuse and inspection on factories to meet all EU obligations.

She informed that EU and Pakistan Business Council would be formed to strengthen the bilateral trade and economic ties with a particular focus on Small & Medium Enterprises (SMEs).

Earlier, President KCCI M. Shariq Vohra, while welcoming the EU Ambassador, emphasized that European Union’s GSP Plus has helped Pakistan to fight terrorism and bring peace to the world. “This GSP plus, which created abundant employment opportunities that helped in dealing with the economic crises to an extent, should not be disturbed and the European Union must continue it for a longer period of time so that the industry is geared up to deal with all the challenges in a highly competitive world”, he added.

He also stressed that the Government of Pakistan must expedite work on all the legislations on top priority which have been pending at the level of National Assembly, Senate or National Commission for Human Rights and all such legislations which are either required by European Union must be approved and legislated at the earliest which would help Pakistan retain its GSP Plus status.

He also emphasized that European Union must work closely and more actively with the Karachi Chamber to review the progress and impact of GSP Plus on Pakistan’s economy and businesses.