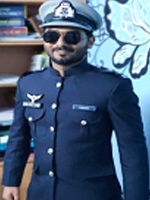 International Customs Day is celebrated every year on 26th January and this year WCO’s theme is “Customs bolstering recovery, renewal and resilience for a sustainable supply chain.”

Importantly, in today’s world of neoliberal trade and free markets, the role of Customs as an enforcement and facilitation agency has not only increased exponentially but has exposed the department towards multiple challenges, having huge magnanimity.

It is not only engaged in imports, exports and counter-smuggling, but has marked its effectiveness in other areas of economic development, which is aimed at protection of the economic frontier, national exchequer and society at large.

In the last few decades, the quantity of goods traded and speed of transportation has increased. With advent of new world order, neoliberal business models prevailed all across the world, which was later formalized by different WTO agreements.

These agreements are characterized by provision of free-market, universal accessibility and removal of tariff and non-tariff barriers. These agreements came with another specification of protection of legal trade by curbing smuggling and informal / illegitimate trade and related ancillary issues.

With these developments Pakistan Customs had to depart from traditional ways of handling and processing goods / trade, and device new procedures and mechanisms to deal with modern trade requirements and cope up with increased quantities of traded goods, both at imports and exports stages.

Coupled with that, another work undertaken by Customs was to design new patterns of anti-smuggling to curb informal trade / smuggling. Amidst globalization and ruthless consumerism, a number of products are in demand in the market to satiate the requirements of Pakistan’s market.

From daily use fabric, household items to professional tools, hybrid vehicles, the demand is for the best quality and cheapest cost. This situation has begotten increased smuggling, at times to evade the taxes and to secure product quality, at others.

Coupled with a burgeoning population, the rate of consumption has lured many to deviate from national laws and turn to smuggling, besides counterfeiting / piracy of registered products. This scenario resulted in establishment new specialized formations in Pakistan Customs, speedy disposal of goods by completion of legal requirements and modernization through information technology.

With the establishment of PRAL, the Central Board of Revenue (now Federal Board of Revenue) initiated modernization through information technology in 1994. However, the milestone was only achieved with designing and implementation of PaCCS in 2007, followed by Weboc roll out in 2013.

These programs were designed keeping in view a huge increase in trade in the early 2000s. These systems automated all the manual procedures of clearing goods, replacing erstwhile pre-release requirements of bill of entry containing 64 signatures and 32 verification, with online filing of goods declaration and allocation into one of three channels of cargo based on the importer’s profile. End of the customs process was now only a click away.

In order to remain competitive, Pakistan Customs not only created dedicated formations in important land and sea border areas for imports and exports, but separate formations were also created to curb any unscrupulous element misusing formal procedure and bringing into or out of Pakistan goods through smuggling. More import / export terminals and off-dock facilities were notified.

Apart from it, Customs, as an organization, developed other specialized formations like Post-Clearance and Internal Audit, Adjudication Collectorate, Directorate of Reforms and Automation, Directorate of Cross-Border Currency Movement, and lately Border Management Force to effect specialized tasks more efficiently and effectively. Moreover, disputes related to the valuation of imported and exported items were also subjected to solution through valuation rulings based on different formulae present in section 25 of Customs Act, 1969.

This provided an instant solution to the products of technical specification and reduced their dwell time sufficiently.

Customs contribution to the protection of society is indispensable in modern times, when populace is exposed to usage of all sorts products / items manufactured in foreign countries.

The government notifies rules for certain items in order to ban or restrict them considering the well-being of the people at large. However, enforcement of those laws at the import / export / transit stage and prevention of their illegal / informal trade is again the responsibility of customs. It is open to easy comprehension that anti-smuggling in Karachi, adjacent areas and borders of Balochistan would always require more resources and efforts than deemed necessary. Owing to the fact, that Customs, being a specialized department, has always been understaffed and under-resourced even today.

The fact can very well be appreciated that current successes of confiscation of narcotic drugs, banned items, endangered falcons, Indian fabric and other high value items throughout the south came only with a team of 30 officers and 70 sepoys, performing uncompromisingly and risking their lives.

For serious protection of economic borders of the country and securing society and domestic industry alike, it is mandatory that Pakistan Customs may be immediately equipped with more human and material resources to execute the action against smuggling more firmly. Besides these customs law enforcement issues, the general understanding, cultural acceptance and redressal of public opinion are also included in the bucket.

Be that as it may, it is a commonplace fact that smuggling in our country has no negative cultural sanctions, and therefore, smuggling as an offence is also not considered a deviation from societal ethos and patterns. This has been bluntly manifested into public reaction to various operations conducted by Pakistan Customs in Karachi.

In a number of cases, main roads were blocked and markets were closed down, apart from holding sit-in before Press Clubs, Governor House and other political offices. Notably, these demonstrations were staged in a political style and for political sort of demands. Cultural non-acceptance of smuggling as a crime is also manifested in the fact that smugglers not only demonstrate public power, but they are not treated by society as an offender or a criminal. This is an important area, where sufficient education, cultural change and accurate conditioning is required, on part of government.

Lest smuggling is made a deviation as strong as theft, robbery and murder, customs laws shall become ever more difficult to enforce for Pakistan Customs. Since no unusual smuggling activity is reported even by legitimate business traders and the general public, the assistance of customs in this regard has become too far a dream.

Last year witnessed the pandemic of Covid-19, where strict lockdowns and SOPs brought life to stand-still globally. This situation was tackled and operations continued unhindered due to futuristic procedures and approach of Pakistan Customs. Almost all transactions in customs i.e. imports, exports, Export Processing Zones, transit trade etc. were already carried out through web-based application of Pakistan Custom named WeBOC.

Utility of WeBOC not only contributed to continuation of work-from-home, but substantial relief and aid goods, medical equipment and other essential goods continued to be traded for welfare of populace. Due to this futuristic approach and excessive use of information technology, administration of Customs continued without spread of virus and much face-to-face interaction of the people.

Presently, almost every process of Customs from anchoring of ships / landing of plans, filing of goods declaration, their examination and payment of duties is performed through internet based software. The traders, thus, become the people to receive the delivery of goods at ports, safely and carry out their businesses as usual.

Although Pakistan Customs has been upright in enforcing laws against smuggling and securing economy and people at large, there is severe need to acclimatize and educate people regarding prevailing customs laws, being directly relevant to them. Without cultural support and people-to-people awareness, it is not possible to promote legal trade and curb the menace of illegal trade completely.

Threat of the time is bigger than the resources available with the government, which, if upgraded, may prove instrumental for quick betterment of the country. Modernization, specialization and unique administrative culture has given futuristic outlook to Pakistan Customs, which is ever-ready to face any challenge like Covid-19 situation, increase of illegal and illegal trade.

With sincere approach towards solutions and dedicated efforts, the day shall be nearing for Pakistan to rise among comity of nations as a modern, transparent, smuggling-free country and healthy economy.