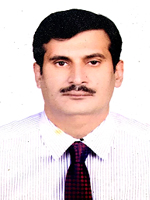 Every year, the World Customs Organization celebrates International Customs Day on 26th of January to spotlight matters related to Customs, business and trade affecting lives and economies across the globe.

The worldwide celebrations on this day portrays solidarity among the Customs administrations alongside focusing on critical issues faced or achievements made during the year. Year 2020 was marked with unprecedented challenges which deeply affected and profusely bled many economies as global trade suffered a deep plunge due to the Covid-19 pandemic.

The pandemic related SOP’s, emphasized minimum interaction and isolation to prevent spread of this deadly virus. Despite this, the officers and staff of Pakistan Customs served fully exposed to this danger at the forefront and bravely discharged their official duties without any fear.

As a matter of fact, national borders are still very sacrosanct demarcations for nation states for security and economic reasons. States’ effective control on their entry and exits points and borders ensures optimum revenue along with safety and security for their societies.

Against this backdrop, there is a paradigm shift about the perception of Customs. The policy-makers are now more inclined to view Customs as an enforcement agency instead of its traditional perception as a revenue collection establishment.

This shift has become more pronounced in recent years especially under the incumbent political regime. The present leadership of Pakistan Customs has successfully adapted to this new perception and expectation. Notably, Customs has tactfully assumed this new role without losing its position as the key contributor towards revenue collection.

The geo-strategic location of Pakistan offers enormous fortunes as well as challenges. Its landmass is situated on the historic Silk Route to act as a conduit to transit trade, besides having a huge domestic demand for consumer goods.

The long porous border with Iran and Afghanistan serves as the traditional smuggling route for all types of goods. The proximity of these lands with the Arabian Sea further adds to this vulnerability, which has been exploited by smugglers. In current times, this challenge has grown into a multi-dimensional problem that can potentially damage our society, national exchequer and domestic industry.

Historically, in Pakistan, smuggling as a profitable illegal business has evolved through different stages and so have the dynamics of enforcement operations. Firstly, during the conventional era, smuggled goods were owned by the shopkeepers of major markets and the smugglers provided those goods at their doorstep.

Smuggling dens at that time were identifiable and were only in a few places in the shape of bara markets. The succeeding era was the middle stage of this evolution, during which the smugglers started to supply their own smuggled goods to the doorstep of shopkeepers and wholesalers of the major market, malls in megacities on long dues.

Finally, in the current era, the smugglers have bought their own outlets, shops and warehouses in the major cities and they work in cartels.

They now control complete trade cycles; own goods, manage financing, maneuver passage of goods and finally sell at their self-owned outlets in major cities. Alarmingly, they have developed their own strategies to jointly resist enforcement efforts by state agencies specially Customs.

Their tactics include stiff resistance, hooliganism, frivolous complaints, harassment, creating law and order situation, road blocking, sit-ins and also resorting to firing. They also attempt to politicize the matter and, being resourceful, use all possible means to pressurize enforcement agencies.

All enforcement Collectorates during their recent anti-smuggling operations have confronted such situations with varying intensity. However, despite all these odds, Pakistan Customs has emerged as a resilient force with outstanding anti-smuggling performance on its credit. The major push factor behind this performance is realization at the highest level of policy making that smuggling is a curse that must be dealt with an iron hand.

The much needed driving force is infused through the vision of the Honorable Prime Minister of Pakistan, who accorded top priority to eliminate smuggling, by launching Federal Government’s anti-smuggling drive. In this regard, the decision to give the lead role to Pakistan Customs resulted in enhanced confidence for the service to venture on countrywide difficult operations, which were not earlier conceived or taken on.

Besides reposing trust on Pakistan Customs, multiple forums were also created under the new anti-smuggling initiative which has pooled all state resources together to act jointly against the smugglers. The National, Provincial and Divisional Level Task Forces have provided a very effective platform for intelligence sharing, coordination and execution of anti-smuggling operations to Customs formations.

Model Customs Collectorate, Enforcement & Compliance, Karachi, has been in the vanguard in this drive. It successfully surpassed almost all monthly anti-smuggling targets assigned by the Board with significant margins in the last year.

The enforcement strategy adopted, instead of soft targets, focused on daring operations on dumping places located at commercial centers of the city like Designers Mall, Tariq Road, Shershah Site area, Banaras, Kharadar, Bolton Market, SITE B Area and Saddar. The Anti-smuggling Organization has carried out around 100 major anti-smuggling operations and seized the largest quantities of different goods valuing Rs. 9.384 billion during the year 2020.

Besides conventional seizures, this Collectorate planned and executed an international operation in collaboration with the Afghan authorities and international anti-narcotics agencies worth Rs. 93 billion having FATF related significance and global acknowledgement.

This is, so far, the only international operation carried out with active participation with international enforcement agencies and other member countries of WCO Network. Amongst these milestones, another major feather in the cap is the unprecedented seizure of 75 falcons and one houbara bustard of endangered species.

This seizure and subsequent rehabilitation project of the endangered birds launched with the assistance of international donors has earned international recognition for the department. The news has built a soft image of the country as was widely reported by international electronic and print media including BBC, CNN, Al Jazeera, Khaleej Times, Express Tribune, The Hindu, Gulf News, etc.

The Collectorate also made historic seizures of narcotics and their precursors in joint and individual operations, worth Rs. 4700 million approx.. during last year, which is stellar performance on this account. Be that as it may, in view of the enormity of anti-smuggling challenge and expectations, maintaining this momentum is by no means going to be a low risk task or an easy picking affair.

The current outstanding performance of Pakistan Customs in all domains of anti-smuggling is the result of its strategic approach, effective planning, dedication and professionalism. In this regard, the on-going nationwide operation against smuggled petroleum products, spearheaded by Pakistan Customs, is continuation of this zeal and reflection of the existing political will, capable leadership of Customs, motivated workforce and, above all, national resolve to root out the menace of smuggling.