KARACHI: Federal Board of Revenue (FBR) has posted 18 BS-16 officials including Appraisers and Preventive Officers at MCC Gwadar, while it has been decided that the formation at MCC Gwadar would be replaced every six months.

An official said Member Customs Tariq Huda advised that the field formation at MCC Gwadar would be reshuffled every six months and officers/officials from across the country would be posted in Gwadar.

Chinese terminal operator has also planned to fully operational the port, as vessels have started coming to Gwadar. It was known a proposal jointly prepared by Pakistan Customs and Chinese port operator, which would be forwarded to governments of Pakistan and China.

It was known that anti-smuggling organization (ASO) in Gwadar is also being activated to facilitate legitimate trade and discourage smuggling.

Following officials have been posted at MCC Gwadar: 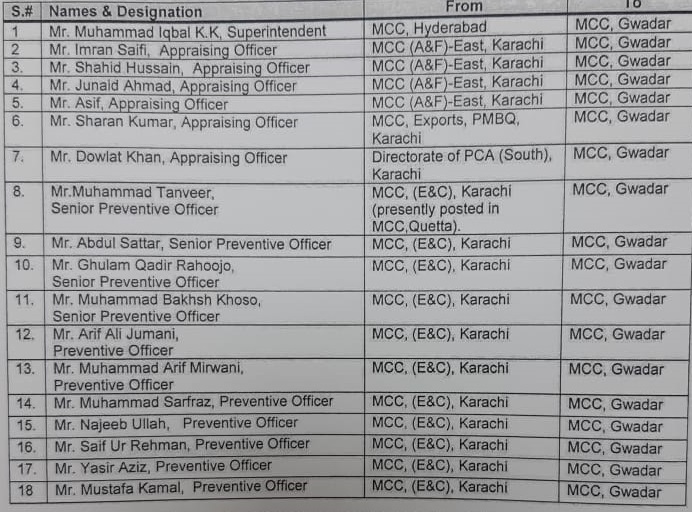