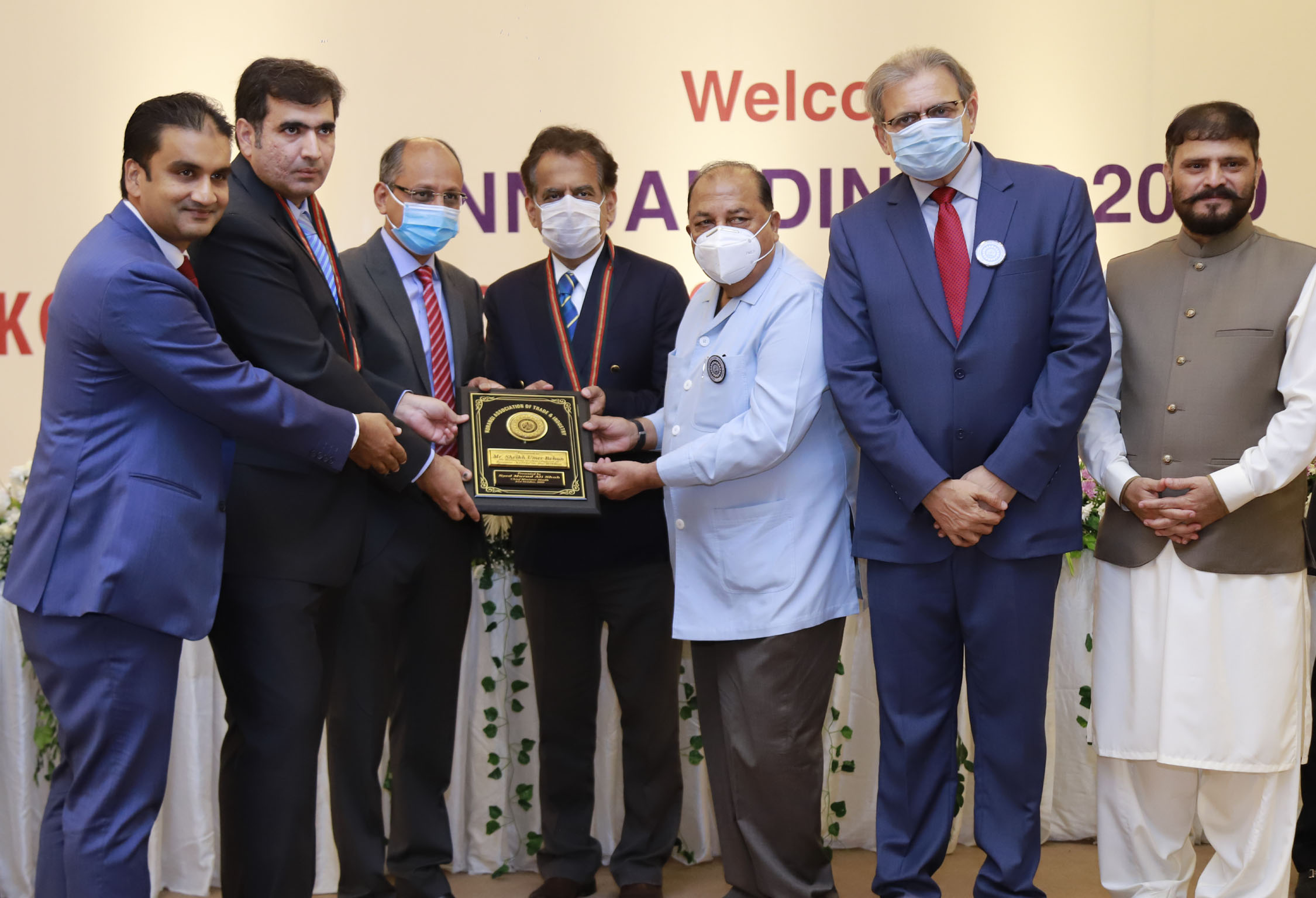 Chief guest Saeed Ghani said that Sind government would start work on three combined effluent treatment plants and Malir expressway very soon. He told that Sindh government has been reviewing labour laws to address concerns of industrialists and other stack holders while a plane to bring three social security institutions; SESSI, Lbaour Walefare Board and EOBI, under one law is underway. He told that an agreement with NADRA has been signed to introduce “Smart Mazdoor Card” for social security workers. He mentioned that Sindh government understands the significance of industry for the prosperity of province and the country and this is the reason that CM Shah had done extraordinary efforts for development of infrastructure in industrial area. He said that price hike is directly related to the financial and monetary policies of federal government, “if all of a sudden 25 rs would be raised in petroleum prices, how can province manage the storm of price hike in the markets” he mentioned. He also acknowledge the support of religious scholars, Private Schools and especially industrialist and traders for making government’s preemptive measures successful to curb Covid-19 pandemic.

SM Muneer said applauded that role of armed forces and paid tribute to their sacrifices for the sack of country’s security and prosperity. He said we the business community had meet thrice to that COAS Gen. Qamar Jave Bajwa and found concerned over economy, “he always gives great importance and understands the views and suggestions of business community” he added. SM Muneer made it clear that business community would not tolerate any criticism which was aimed to malign image of our brave soldiers, who are the real savior of our country. He mentioned that low production of agricultural production on country and especially and drastic cut in cotton yield was great matter of concern, provincial and federal government should take timely measure to face this challenge. He said that we are thankful to CM Sindh Murad Ali Shah for allocating 1 billion rs for the development of Korangi Industrial area and for playing historical role to prove KITE as successful model for the development of industrial infrastructure.

He expressed concern over the incident accrued with IG Sindh in Karachi, “business community always support prosper state institution” he maintained. SM Muneer also acknowledged the performance of outgoing President of KATI Sheikh Umer Rehan and termed it “best in the time of covid crisis”.

President KATI Saleem uz Zaman urged that labour laws should be revised and also suggested to draft a strategy with coordination of Labour and law ministries. He mentioned that five Combined Effluent Treatment Plants had been approved for Korangi since long and now the cost of this project has reached many times higher to 22 billion rs. He said that KWSB was made responsible for the project but it has now proved that the water board do not have the capability to complete this highly important task , we request to CM Sindh to kindly give these project ot KITE as it has proved its performance.

Outgoing President of KATI expressed his gratitude to SM Muneer for trusting him for the slot. He said also acknowledge the role of provincial ministers Saeed Ghani, Nasir Hussain Shah, Murtaza Wahab ,the then Commissioner Karachi Iftikhar Sahllwani for the continuation of industrial production during the high times of pandemic. He mentioned that a century old stamp act had revived and causing great trouble for the industry, all laws of this kind should be revised under the vision of ease of doing business, he urged. Senator Abdul Haseeb Khan said that gas shortage has become matter of survival for industry, along with provincial and federal government we the industrialist are also stack holder in this issue. He suggested that a mechanism should be devised to address this issue and all stack holder should be taken onboard. He assured the full support of industrialists community to provincial government in this regard.

CEO KITE Zubair Chhaya told that a 48 inches sewerage line work would be completed in two or three days by KITE. He told that an MOU has been singed with administrator Koarngi and under that memorandum district administration would provide its machinery and manpower to resolve sewerage issues and we will bear the cost. He also gave an multi media presentation of a urban foresting project titled “ Baghe-i-Malir”. He suggested that Sindh government should review the local bodies law and establish a separate authority for industrial areas. Minister has assured full support of urban foresting project of KATI and KITE ltd.

TCS Logistics appoints Moin A. Malik as its CEO