Sources said there were reports that certain staff members of ASO were lenient on smugglers as they had formed arrangements with the individuals involved in wrongdoings.

Transfers and postings of following officials were notified earlier: 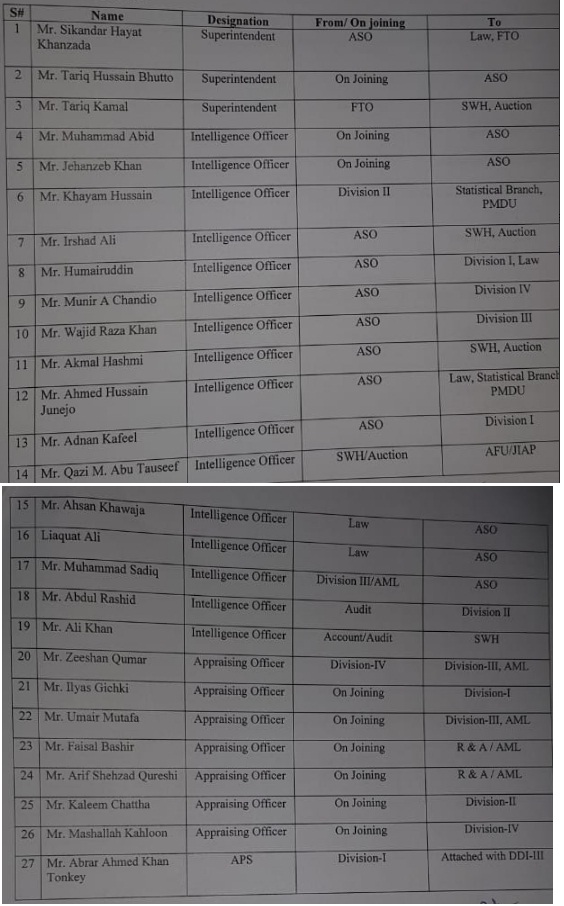