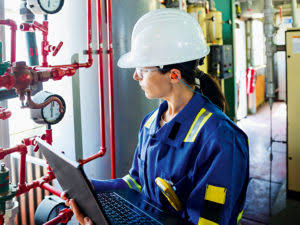 LAHORE: Country’s oil and gas production for the second half of FY20 is expected to decline significantly due to COVID-19 pushed lockdown, which might result in slashed exploration spending, analysts say.

“However, the volumes decline is a temporary phenomenon while the price cuts are a sustainable trend nowadays. Therefore, the profitability will be hurt in short and long term. The capital expenditure plans would also be curtailed given the lesser attractive prices,” Soomro said.

For the quarter ended March 30, 2020, oil production is likely to record a fall of 10 percent amidst lower intake of crude by refineries. “This is largely due to fall in demand owing to country wide lockdown amidst Covid-19 outbreak and supply chain disruptions. During 9MFY20, oil production is expected to decline by 9.4 percent to 22.3 million barrels or 81.2k bpd,” Shankar Talreja at Topline Securities said.

The latest petroleum products sales figures reveal a decline of 31 percent in March primarily due to slowdown in economic activities as a result of lockdown. “With the lockdown extended till the end of April 2020, the consumption of petroleum products is expected to decline further,” an analyst at BIPL Securities noted in a comment.

Gas production during the quarter ended March 30, is likely to contract by 5.0 percent due to their association with oil production, closure of Sindh based industries and lower demand by energy sector mainly generation companies. “During 9MFY20, gas production is likely to come down by 7.0 percent to 3.67k mmcfd,” Talreja added.

“It is important to note that because of Covid-19 outbreak, oil and gas production has declined by 35 percent and 17 percent, respectively during first two weeks of lockdown (March 23 to April 7),” a Topline Securities report noted.

The slump in oil demand has led to the closure of National Refinery Limited (NRL) and Byco Petroleum Pakistan, and the government directed oil marketing companies (OMCs) and oil refineries to cancel orders for import of petrol and crude oil respectively.

During 3QFY19, oil and gas exploration companies managed to arrest the natural depletion in production of 4-5 percent through induction of new development wells in Adhi and Mardankhel fields, both of which resulted in incremental production of 234k barrels or 2.8 percent of the total Pakistan oil production.

However during 3QFY20 geological and geophysical activities showed a decline. During 3QFY20, the oil and gas companies encountered four dry wells, wherein two were exploratory (Rangunwari and Katiar) and two were developmental wells (Nashpa 5A and Mulaki 5).