The officers and officials came to their offices wearing masks in order to facilitate trade. Collector Nadeem Memom was the first to arrive at Custom House and then called the staff that things were better.

The killer gas has claimed nine lives so far and hundreds were affected including Customs officers and officials. The gas is continuously expanding its radius and now the effects have reached Kharadar and Ranchorline area. Meanwhile, all the schools were closed in Clifton and DHA areas.

The authorities including the Navy have not been able to identify the gas. The source of the gas leak was also not found. Now, the concerned quarters are evaluating the possibility of a chemical attack.

The Custom House Karachi had been closed on Monday morning after several employees were affected, all the port operations were also stopped and container terminals were closed.

An official said Karachi Port was a highly sensitive and strategic area and it could be a chemical attack.

The work at port area and container terminals including KICT, PICT, SAPT, NLC, Pak Shaheen is continuing as there is no problem at port area. 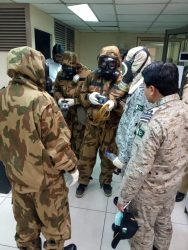 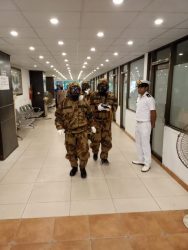