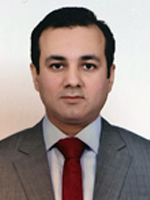 The international trade is under constant pressure from the challenges like terrorism, trade agreements, smuggling of contrabands and trade barriers etc. The role of customs becomes more indispensable in this context. Customs administrations have to ensure a safe, secure and facilitated trade controls with key focus on revenue collection and enforcement.

Interestingly, the slogan of this year International Customs Day, 26 th January 2020, “Customs fostering Sustainability for People, Prosperity and the Planet”, has highlighted the importance of safe and secure supply chain network.

The trade regulation while ensuring implementation of national and international trade laws, barriers and agreements have far reaching social, economic, health and environmental impacts. In line with international standards, Pakistan Customs is committed to core customs function of trade enforcement and facilitation.

In 1980, Milton Friedman presented the concept of establishing world peace within the framework of free market economy, highlighting the impact of trade flow from production to distribution till the reach of end consumer. Trade within European Union is a vivid example that how trade can bring an overall harmony and prosperity in a region.

But, actually, it poses a real time challenge for customs administrations. Threats couple with need of facilitation in the shape of speedy clearances has increased the importance of post importation audit.

The Directorate General of Post Clearance Audit has performed well as being a monitoring agency to counter check the clearances made through various custom stations and ports.

In this backdrop, for obvious reasons, the detailed aspects of customs’ verification of valuation, classification, importability and admissibility of concessional regime and trade agreements is not possible at the time of clearance of imported and exported cargo. Moreover, a detailed scrutiny of each customs declaration will result in piling up to a never-ending clearance process as well as congested ports and disrupted supply chain networks.

That instead of tightening the customs controls at import and export stage, which may result into delayed clearances and enhanced dwell time, Customs administration has to establish and develop a formation for post clearance verification, emphasizing post importation tightening of customs controls. Directorate General of Post Clearance Audit; a specialized wing of Pakistan Customs, is fully operational since June 2009.

Therefore, a robust and dynamic risk management system has also been in placed to facilitate both bona-fide trade as well as targeted audit of various sectors and entities. By risk based targeted post clearance audit, each case is processed under a well-defined audit policy formed in the light of risk parameters based on the key notes of trade facilitation and legitimate revenue collection.

Risk management-based customs clearance policy has not only defined the scope of Directorate General of Post Clearance Audit but also enabled Pakistan Customs to allocate apt human as well as other physical resources required to perform core customs operations and functions at various directorates & collectorates level. This way, Pakistan Customs has increased both its efficiency and effectiveness, while indigenous trade and industry has also responded with quality level compliance accordingly. It is worth mentioning that a well-organized post clearance mechanism has also augment the documented economy in the country.

Authorized Economic Operators (AEO) is one of the pillars of the said framework. Entities registered under SAFE framework will be given a far superior facilitation protocol regarding customs clearances and procedures. Also, the World Trade Organization sponsored Trade Facilitation Agreement (TFA) which entered into force on February 2017 puts an added responsibility for expeditious movement, release and clearance of imported goods.

This way the role of customs administrations become critical in social, economic and environmental context, while handling huge trade volume, challenging speedy clearances and implementing international agreements and laws. The Directorate General of Post Clearance Audit, committed to strengthen the national economy by means of a secure and facilitated trade regime, has been following a targeted and modern approach to make Pakistan Customs a leading agency in trade regulation.