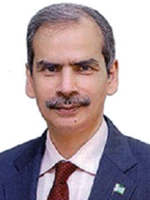 International Customs Day across the globe is being celebrated on 26th January, 2020, under the theme, “Customs fostering Sustainability for People, Prosperity and the Planet”.

The theme of this year depicts the vital / significant role and contribution of Customs towards a sustainable and secure future of people while encompassing economic and social development.

Pakistan Customs is also celebrating the International Customs Day not only in view of its tangible achievements in the said areas but also reinforcing its commitment to make Pakistan safe, economically prosperous, and environmentally protected.

In this modern and fast changing world, role of Customs is not just restricted to collection of duties and taxes on imported goods but also includes trade facilitation, implementation of various Multilateral Environmental Agreements (MEAs), control over money laundering, and detection and prevention of fiscal frauds. There is no denying the fact that Customs services are uniquely placed to play a prominent role across the international supply chains.

Moreover, importance / relevance of customs operations in context of promotion of international trade and economic development of the countries can be gauged from the fact there is a direct link between the United Nations’ Sustainable Development Goals (SDGs) and the Customs’ strategic objectives.

It is heartening that Pakistan Customs, through the introduction of various reforms and automation of customs business processes, is fully equipped and capable to discharge its duties and responsibilities in an efficient and effective manner. I hope that customs modernization initiative like WeBOC-GLO, establishment of Directorate of Cross Border Currency Movement and development of Pakistan Single Window will substantially enhance and improve the performance of Pakistan Customs by making its operations more trade friendly, impregnable and transparent.

In addition to these initiatives, Pakistan Customs has conducted effective action against violations of Intellectual Property Rights in case of goods imported into Pakistan. This has gone a long way in preventing sub-standard / counterfeit goods and products from entering into Pakistan’s domestic markets, leading to greater foreign direct investment and promotion of innovation.

This goes without saying that prosperity depends upon economic development which can, inter alia, predominantly be achieved through reduction of trade barriers and (consequently) enhanced trade. By streamlining its operations, Pakistan Customs has achieved a milestone in increasing its ranking by thirty two (32) positions in the Trading Across Border Index.

This has also significantly contributed to Pakistan’s improvement in East of Doing Business Index by twenty eight (28) positions.

At the end, I felicitate Federal Board of Revenue and Pakistan Customs on this special day and expect that further efforts will be made in facilitation of trade by following the international best practices and use of modern technology. Moreover, I feel confident that Pakistan Customs would play an active role in fostering sustainability for the future generations and keeps on playing its role in the progress of the country.