PAKISTAN CUSTOMS SHINES IN THE FRATERNITY OF WORLD CUSTOMS 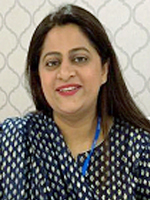 PAKISTAN CUSTOMS SHINES IN THE FRATERNITY OF WORLD CUSTOMS

Pakistan Customs pays a befitting tribute to the noteworthy contributions and untiring efforts of Customs Officers all over the world by commemorating International Customs Day on 26th January every year along with the world customs fraternity. This year’s theme chosen by the World Customs Organization for the year 2020 bears the slogan “CUSTOMS FOSTERING SUSTAINABILITY FOR PEOPLE, PROSPERITY AND THE PLANET”, and is dedicated to the contributions of  Customs fraternity including Pakistan Customs towards a sustainable future where the social, economic, and environmental needs are ensured globally. No slogan other than the one outlined by WCO could have better described the need of accomplishment of UN SDGs (Social Development Goals)  for the Agenda 2030.

The world is facing an overall sustainability crisis and Pakistan Customs has been scaling up its best practices for fostering sustainability for people, prosperity and the planet. In order to protect licit money, Pakistan Customs has taken vigorous steps such as the establishment of a Financial Action Task Force Cell. One of the FATF’s major recommendations for Pakistan Customs is to effectively deal with currency smuggling; a source of trade-based money laundering and terror financing, and to install a system for tracking the money trail. For enhancing international cooperation in controlling smuggling, Pakistan Customs has so far signed 22 MoUs/ agreements with foreign governments/ customs administrations for multilateral cooperation. Furthermore, after an overall assessment of risks of cash smuggling through border areas and entry points, Pakistan Customs Operations has embarked upon an extensive ‘Risk Mitigation Strategy’ to curb cash smuggling.

In an effort to curb money-laundering, terrorist financing and other similar threats, Pakistan Customs has made it mandatory for passengers traveling abroad to declare any foreign currency they are carrying at arrival and departure at Currency Declaration Counters that have been set up at all International airports for this purpose. To widen the scope, a new Directorate of Cross Border Currency Movement (CBCM) has recently been established under Directorate General (I & I-Customs), aimed at targeting suspected banking transactions, maintenance of seizure database and sharing of currency seizure cases with other LEAs etc. Furthermore, in liaison with Chinese Customs , a project Green Corridor at Sust-Khunjerab border has also been initiated to curb under-invoicing and money-laundering across the borders to enhance trade and to keep a check across borders.

In order to increase border effectiveness Pakistan Customs has further embarked on restructuring of enforcement formations by the introduction of Advance Passenger Information System (APIS) at the international airports, and establishing a National Targeting Centre, which shall serve as an integrated database of all LEAs working against the menace of smuggling. Global Travelers’ Assessment (GTAS) system has also been launched at airports for conducting Risk Assessment of both inbound and outbound passengers.

International trade plays an imminent role in supporting a prosperous, sustainable and resilient economy which falls under the umbrella of prosperity. In order to reduce time and cost of moving goods across the border and to streamline the trade activities, the NSW (National Single Window) is a quantum leap from the paper based management of Pakistan’s external trade involving 44 different government departments responsible to regulate different aspects of imports, exports and transit trade. This is a huge step towards achieving ease of doing business and will result in securing competitiveness to facilitate trade, attract investment, achieve integration into global value chains and be a regional hub for trade and transit.

Pakistan Customs has made all efforts in the domain of Intellectual Property Rights (IPR) laws especially at the import and export stage for ensuring the health and economic safety of public through eradication of the smuggling of counterfeit goods.

Environmental protection goes hand in hand with economic prosperity and supports the achievement of the UN 2030 Sustainable Development Goals. Pakistan Customs is enhancing its measures through automation and strictly following the Basel Convention which restricts the movement of all types of wastes.  Pakistan has previously been used as a dumping ground for disposal of different types of wastes including, plastics, electronics (e-waste) and used edible/ cooking oil etc.  In this respect, Pakistan Customs is closely working in liaison with Environmental Protection Agency (EPA) of Pakistan at the national and provincial levels.  In addition to the EPA, Pakistan Customs is monitoring the flow of all these substances through the automated system of clearances having a dynamic Risk Management System.  The application of Revised Kyoto Convention in its true letter and spirit is also a major contributor in developing Pakistan as a sustainable society.  Pakistan is also signatory to Montreal Protocol which restricts the movement of Ozone Depleting Substances like CFC based refrigerators, aerosol sprays and other items contributing to climate change.  Enforcing such protocols and conventions in their true spirit by Pakistan Customs shows its resolve and commitment towards fostering sustainability for the planet and its people.

Hence, on this important day, we renew our pledge to make this planet a safe, healthy and prosperous heaven for our generations to inhabit by adopting global best practices to achieve economic growth and development.