PAKISTAN CUSTOMS – PROGRAMS FOR NATIONAL SECURITY, SAFETY AND PROSPERITY OF PEOPLE AND PLANET 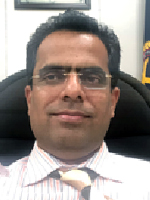 PAKISTAN CUSTOMS – PROGRAMS FOR NATIONAL SECURITY, SAFETY AND PROSPERITY OF PEOPLE AND PLANET

Pakistan Customs is celebrating International Customs Day (ICD) on 26 January 2020 with full zeal and fervor highlighting its contributions to towards sustainability of secure borders, facilitation of trade, economic competitiveness, safety and property of people and planet.

What Customs do globally and how Custom is assuming its changing role in fast changing business patterns and governmental priorities needs to be considered seriously. Globally, Customs’ core functions constitute revenue collection and protection of society by implementing the trade policies and fighting against smuggling and drug networks. But in recent times particularly after the turn of 21st century, 9/11 and Agreement on Trade Facilitation (ATF), Customs has assumed and expanded towards the functions like security of borders, trade facilitation and fight against various types of illicit trade. In recent past, after growth of multilateralism, international trade has emerged as a driving force for economies which has created an urgent need for creating an environment for economic competitiveness in order to foster sustainable economic growth, efficient revenue generation and supporting legitimate businesses and enterprises.  To these developments, the response of Pakistan Customs though initially remained sluggish due its internal organizational issues, yet it has been able to embark upon a number of modernization programs to meet the challenges of 21st century and achieve the transformed objectives of national security and economic competitiveness.

Although Pakistan Customs faced skewed organizational development after World Bank reforms in 2010-11 yet it came out with indigenized program of Customs modernization where Customs clearance procedures were harmonized, automated and hinged on the risk based systems as envisaged by the Revised Kyoto Convention. After previous reforms attempt, the reliance on the collection of indirect taxes grew enormously and touched almost 50% figure of total FBR revenue generation being collected by Customs at import stage which adversely affected the factors of production, cash flow of businesses and growth of small and medium enterprises. Amid continued financial dependence on Customs, organizations successfully completed a number of projects for achieving sustainable growth and economic competitiveness.

The major initiatives includeWeb Based One Customs (WeBOC) a risk based online clearance system which is a critical instrument reducing the dwell time of clearance of goods at ports significantly, saving time and cost of businesses, eliminating port congestion thus increasing the competitiveness of Pakistan economy. The second major initiative was the project “Safe Environment” developing capability of monitoring and tracking by electronic tracking the Afghan Transit Trade. The initiative came up after the scandalous Afghan transit case by the apex court and it provided technology driven solution for seamless flow of transit trade. An other significant project which currently is passing through the phases of development is ‘National Single Window’ (NSW) an initiative led by Pakistan customs which will transform the existing business processes and regulatory environment of more than 40 Other Government Organization (OGAs) responsible to regulate trade across borders. This will further reduce the cost of business significantly and create economic and trading competitiveness in the region.

Pakistan Customs is also redefining its enforcement role in ever changing environment. It is striving to head on the challenge of illicit trade present in the form of smuggling of goods and trafficking of drugs across borders severely damaging local businesses and communities. Illicit trade covers comprehensively all types of criminal activities related to trade and businesses damaging economy, security and safety of people. Notably it covers evasion of duty and taxes including fiscal frauds, money laundering, smuggling, drug trafficking, counterfeits and Intellectual Property Rights (IPR) violations, illegal trade in the goods damaging environment, wild life and artifacts. Pakistan Customs has come up with a comprehensive reform initiative namely Border Management initiative (BMI) to respond to the challenge of illicit trade. Government has agreed in principle to the BMI plan and implementation process has been already set in.

Two other well known Customs programs recently started by Pakistan Customs are: Authorized Economic Operator (AEO) and National Targeting Center (NTC) Program. First is critical towards greater trade facilitation under the WCO SAFE frame work of standards where traders will be exposing their supply chain to Customs audit by making their processes transparent where by they will be enjoying hassle free clearance of their imports and exports possibly maintaining zero inventory and just in time production lines making their business competitive and sustainable. On the enforcement side, the development of National Targeting System would empower Customs to evaluate large volumes of manifest data coming from airlines and shipping lines vetting the suspected passengers and shipments from number of other national data bases and criminal records targeting criminals and risky consignments in advance before they reach to the borders of Pakistan to make country secure and society safer building sustainable and competitive environment for international trade in Pakistan.