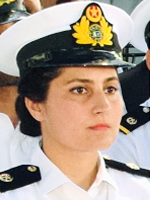 ICD, the International Customs Day, 2020, is being celebrated by the Customs administrations of 170 WCO member states.  Pakistan, as one of the member states, also marks the day with the hoisting of national and customs flag, national anthem, followed by a seminar held on the theme provided by the World Customs Organization.  The Secretary General WCO Mr. Kunio Mikuriya, has conveyed the message to all Customs Administration that this year all members should dedicate their efforts to contribute their role in developing a sustainable future where social, economic, health and environmental needs are at the heart of our actions with the slogan “Customs fostering sustainability for people, prosperity and the planet“.  WCO’s message for the year 2020, is in consonance with the UN SGDS 2030.

The UN agenda is a plan of action for people, planet and prosperity. It also seeks to strengthen universal peace in larger freedom. For the this purpose, achieving the goal of eradicating poverty in all its forms and dimensions, including extreme poverty, is the greatest global challenge and an indispensable requirement for sustainable development. All countries and all stakeholders, acting in collaborative partnership, will implement this plan. It is resolved by the UN member states to free the human race from the tyranny of poverty and to secure our planet. For this purpose, determination for taking bold and transformative steps are urgently needed to shift the world onto a sustainable and resilient path. As the UN embarked on this collective journey, they pledge that no one will be left behind. All the member states in view of their commitment with the planet and the people had to fulfil their commitment and obligations.

Pakistan Customs is the guardian of economic frontiers of the country.  Over the years, Pakistan Customs has progressed a lot in fostering sustainability for people, prosperity and the planet.  Pakistan Customs has followed the Revised Kyoto Convention in its true spirit. The clearance mechanisms have been moved from manual to electronic and from electronic to web based systems.  A state of the art system which is now dealing with the clearance and movement of almost all types of cargo, whether it is meant for Home Consumption or Transit to Afghanistan. Introduction of sealing system and on top of it, the live monitoring of the cargo has not only made the supply chain secure but has also created a lot of employment opportunities for the people.

Pakistan Customs is actively following World Customs Organization in following the Safe Framework of Standards.  The introduction of Authorized Economic Operators will give a boost to the importers and exporters qualifying under the given criteria.  This on one hand will expedite the seamless clearance but will also act as a tool in reducing the dwell time for the clearance of cargo.

Pakistan as a signatory to Montreal Protocol is strictly implementing the same to assist the climate change causing a lot of damage to the planet.  CFC based refrigeration systems and aerosols are now controlled and after a certain period of time the refills of CFC Gas shall not be allowed to be imported.

While moving forward, Pakistan Customs signed an MOU with the UNODC for implementation of UNODC-WCO Container Control Programme, which is a flagship program responsible for the identification of high risk containers being illicitly used in the international supply chain.  It is impossible for any customs administration to examine each and every cargo and selectivity methods are more favorable and useful techniques to be implemented. The use of artificial intelligence system and risk management system alone cannot produce the desired results, instead the combination of both can yield the desired results.  therefore, the cargo needs to be profiled on the basis of selectivity using artificial and human intelligence. port Control Units are accordingly focused for profiling High risk cargo with regards to drugs, precursors, IPR and money laundering issues. Customs in Pakistan has a complete network of these Port Control Units at both the sea ports of Karachi,  all the dry ports and two border stations which are linked to more than 60 countries across the globe.

Pakistan was amongst the first four countries selected for the pilot project way back in the year 2007 and the success of Container Control Programme resulted in its implementation in more than 50 countries across the globe.  Pakistan Customs also joined the joint initiative of Interpol and WCO under Program Global Shield. This program is being implemented through Container Control program and is responsible for monitoring the flow of 13 chemicals used for the manufacturing of IEDs.  Recently Pakistan Customs participated in Operation IMPEDE launched by the WCO wherein the flow of these chemicals were monitored in Pakistan. The implementation of CITES and controlling the illicit flow of flora and fauna is also being monitored by the officers of Pakistan Customs.  As a frontline organization in the fight against counterfeit goods, Pakistan Customs is monitoring the illicit movement of counterfeit goods and for this purpose a separate Directorate has been established.

The implementation of IPO Laws in Pakistan is also being done by Customs at the import/export stage, thus safeguarding the national economy and reputation of the country in the international trade supply chain.  Counterfeit medicines and medical equipments meant for saving human life are of utmost importance which are now being taken to task by the frontline officers of Pakistan Customs. Conventional methods of smuggling, and items prone to smuggling are also being seized in huge quantities.  World Drug Report is evident of the fact that more than 500 MT of Heroin is produced in Afghanistan and 40% of this finds its way to the international market through Pakistan. This menace is also being controlled and Pakistan Customs had a huge success when record seizure of Acetic Anhydride was made.

The introduction of Air Cargo Control Units is yet another effort of Pakistan Customs in fostering safety of the import and export air cargo.  Following the pattern of developed countries, all the stakeholders who are working in isolation, are being connected through the implementation of National Single Window (NSW).  Establishing the National Targeting Centre and deployment of World Customs Organization’s Cargo targeting System (CTS) will also be a feather in the cap of Pakistan Customs. CPEC is yet another challenge which encompasses a lot of special economic zones. Pakistan Customs has always been the lead agency to facilitate trade  in the form of speedy and seamless clearance of cargo from these zones, dry ports and seaports. With the help of international organizations and donors the International Transit Trade Management System (ITTMS) at Torkham, Chaman and Wahgah are being installed . This is an international model for border clearance post where speedy Customs clearances shall be carried out.  Deployment of additional Non-Intrusive Inspection methods are also an aid towards trade facilitation.

We as an organization are dynamic and with the utilization of human and artificial intelligence we will endeavor to achieve the targets as envisaged in the message from Secretary General WCO.