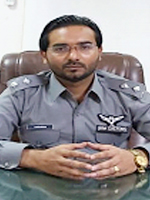 The 26th January is being celebrated as “International Customs Day” all across the world. The day commemorates the inaugural session of Customs Cooperation Council (CCC) in 1953, probably the first transnational customs council, which was created to foster partnership and close cooperation between European states in the postwar period. It was attended by 17 European countries at that time. Later, in 1994, the council was expanded to meet changing needs of time and maintain cooperation with countries outside Europe; hence the CCC was changed into World Customs Organization (WCO) which has 179 countries across the world as its member.

Every year, WCO introduces special slogan, around which the day is celebrated .The slogans shed light on the role of Customs Officers in maintaining the safety and security of the economic operations, nationally and for the world at large.  Last year, WCO introduced the slogan of “SMART borders for seamless Trade, Travel and Transport”, to highlight the importance of free trade and freedom of movement in fostering prosperity across the globe. This year, it has come up with the slogan:  “Customs fostering Sustainability for People, Prosperity and the Planet”. The WCO is focusing on the role of Customs in creating a sustainable future of our planet earth. The slogan also invites discussion and debate on the areas where actions of Custom officials can contribute to the social, economic, health and environmental needs of the people. As an important member of WCO, Pakistan Customs understands the importance of theme and would like to reflect on the role it is playing for fostering prosperity both within and outside the borders of Pakistan.

Home to more than 200 million People, Pakistan is among world’s most populated countries. In order to provide sustainable living atmosphere to the large bulk of this population, it is extremely important to regulate the economic activities in the country, without which people would be at severe economic disadvantage resulting in social misery, mayhem and chaos. Smooth trade and efficient tax collection are two areas which can contribute to economic well-being of a country and its people. As a guardian of country’s economic frontiers, Pakistan Customs significantly contributes to both these areas. It not only acts against the illicit trade activities, illegitimate trade, smuggling, money-laundering and the movement of contraband goods but is also a major source of revenue for the government of Pakistan. Last year, Pakistan Customs seized 485 million in the illegal trade of money. This currency seizure was 208 % more than the money that was seized in FY 2017-2018. It also seized the smuggled goods worth 31.7 billion rupees, which was 22.5 more than the smuggling seizures of previous year. Moreover, it collected about 46 percent of the total revenue of FBR for the FY- 2018-19, in duty and taxes for the government of Pakistan.  All these activities had significantly contributed to the national treasury which bears the responsibility of providing sustenance 200 million people of Pakistan. Moreover, it had also contributed to smooth flow of trade where illegal actors were discouraged from polluting the healthy business climate. The vigilance of this organization can be gauged from the fact that last year, its brave officer, Dr. Qudoos Shaikh also laid down his life while acting against the smugglers in Quetta. The brave officers of Pakistan Customs always place duty above everything else when it comes to safeguarding the integrity of this country and the wellbeing of its people.

The operations of Pakistan Customs are not limited to Pakistan. It  is also playing important role in providing ease of doing business to the landlocked countries in Central Asia along with Afghanistan. The Afghan transit trade is one of the most glaring examples in this regard. Pakistan Customs regulate on day to day basis, 300 to 350 consignments to Afghanistan which are imported from different parts of the world. On the other hand, about 6000 consignments of Afghan exports yearly designated for different countries transit through Pakistan. Along with regulating economic activities, it is also concerned with the principles of equity and fair-play in doing business.  Last year, Pakistan Customs intercepted expired Sugar which was being exported to Afghanistan by India. The Sindh Environment Protection Agency, along with Pakistan Customs inspected the consignment and banned their further movement to Afghanistan as the sugar was declared unfit for human consumption. This way, the organization not only performs its duty for the wellbeing of its own people but also significantly contributes to the social, physical and economic prosperity of its neighbor. This also fosters Pakistan’s image internationally, as a country committed to principles of fair-play and economic prosperity beyond its borders.

This year’s slogan of WCO also brings the area environment into the focus. At this front, Pakistan Customs has established one prime example for the international customs community. In 2018, a huge consignment of ozone depleting refrigerant gas R-22, also known as HCFC-22, amounting to 18,000 KG, was being shipped to Pakistan. R-22 gas is restricted under the Import Policy Order in vogue and is being phased out under Montreal Protocol because of its anti-ozone composition. Instead, R-32 is encouraged for the usage in Air- Conditioners and Refrigerators. One consignment, “R-32— mildly Inflammable” was declared by the consignee but the Customs Deputy Collector Muhammad Asim Awan suspected the consignment since R-32 is not highly inflammable gas. He, under supervision of UN-trained Customs officer ADC Rehmatullah Vistro stopped the consignment. The expertise of United Nations Environment Program were sought in order to ascertain the situation. The subject consignment was tested via Digital Gas Analyzer, and it became apparent that the subject consignment contained R-22 gas which is hazardous for the environment and restricted / banned for the import. The Officials immediately seized the consignment and saved the world from an environmental disaster. If this container was allowed to enter the country, the greenhouse effect from this shipment alone would have meant burning 132 million kilograms of coal. The vigilant Custom officials averted the catastrophe. Along with government of Pakistan, their services were acknowledged by UN Environmental Program.

Suffice is it to say that this year’s slogan ““Customs fostering Sustainability for People, Prosperity and the Planet” for the international Customs day highlights the scope of duties of Customs officials which has expanded with time and considerably affect the life of people across the globe. Pakistan Customs, as an important member of WCO, is mindful of the fact that countries prosper when the social, physical, economic and environmental needs of the people are taken care of. With its strategic vision 2019-2024, Pakistan Customs is all set to meet the targets and challenges of the coming times. It shall continue to play its role fostering the prosperity both within and beyond the borders of Pakistan.