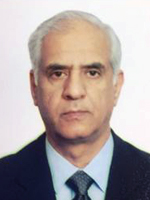 The International Customs Day  on 26th January 2020 is dedicated to the contribution of Customs towards a sustainable future where social, economic, health and environmental needs are focused upon with the slogan: “Customs fostering Sustainability for People, Prosperity and the Planet”.

The Directorate General of IPR Enforcement since its operationalization in 2017 is progressively contributing towards promoting legitimate trade and safeguarding health and security of consumers. It is one of the recently established specialized departments within Pakistan Customs.

The rationale behind the creation of this specialized department was to provide a single-stop for international and national right-holders to seek remedies against the infringement of their intellectual property rights in imports and exports, safeguarding the legitimate revenue for the state and the safety, security and health of the consumers.

So far till December 2019 a total of 164 cases worth a market value of more than Rs. 200 million, of counterfeit goods have been detected nationwide since the operationalization of Directorate General of IPR Enforcement in 2017. Huge quantities of these counterfeit goods were destroyed in three ceremonies held at Karachi in January 2019, April 2019 and November 2019. Most of the counterfeit items destroyed included empty shampoo bottles, medicines, tooth-pastes, toiletries, perfumes, watches, contraceptives and makeup products.

Some of these fast moving consumer goods pose a serious threat to health and safety of consumers.

Launching a crack down against counterfeit cosmetics, the Directorates of IPR, Enforcement at Karachi and Islamabad seized huge quantities of “Fair & Lovely”, “Ponds”, “Loreal”, “Tresemme” and other famous brands. Similarly another consignment carrying counterfeit “Lakme” and “Loreal” brands makeup was also seized at the Islamabad Dry port with an approximate market value of Rs. 3.7 million.

These fake make up products contain dangerous mixtures that can damage the skin.

Customs IPR in Pakistan is also taking steps to improve the country’s IPR global ranking, through its efforts to get Pakistan’s name removed from the watch list of the office of US Trade Representative. Earlier in 2015 Pakistan was in the list of countries on Priority Watch list.

Due to improvement in our IPR enforcement mechanism, the country was listed in the Watch list in 2017 and continues to be so in 2019. India still happens to be in the Priority Watch list.

In 2019 a Joint Customs Operation (JCO) “HYGIEA” was organized by the European Anti Fraud Office (OLAF) in association with the administration of Asia Europe meeting (ASEM). ASEM is an inter-governmental platform of 51 member states of Europe & Asia, created for the purpose of cooperation on areas of mutual interest including Customs with the objective of strengthening relationship between Asian and European countries. In addition to the member countries, two observer organizations viz OLAF and EUROPOL were also participating.

The JCO focused on interdiction of counterfeit Fast Moving Consumer Goods (FMCGs). Pakistan joined the JCO HYGIEA in March-2019 and FBR nominated the Directorate General of IPR (Enforcement), Islamabad to serve as national contact point for this operation.

A debriefing meeting of the operation was scheduled by European Anti Fraud Office on 26 th and 27 th September 2019 at Rome, Italy with a view to evaluate the performance of 38 participating countries out of 51 members of ASEM during the specified period of five months.

A final report on JCO HYGIEA formulated by OLAF reveals that performance of Pakistan was at the TOP with 12 seizures/forfeitures followed by Malta with 6 while Italy, France and Bangladesh were at the 3 rd position with 2 seizures each. This outstanding performance of Pakistan Customs IPR (Enforcement) was acknowledged and highly appreciated by the OLAF, EUROPOL, ASEM and all participating member states of the JCO HYGIEA bringing a good name for the Country, FBR and Pakistan Customs.

The Directorate General of IPR Enforcement has also accelerated its training and awareness activities all over Pakistan. A total of 40 trainings, seminars and interactive sessions have been carried out, which were attended by more than a thousand participants.

An external outreach training program was also rolled out in May 2019 under which approximately 80 officers and officials of Pakistan Customs posted at MCC, Islamabad, MCC Peshawar and Directorate of IPR Central Lahore were trained on interdiction of counterfeit goods.

Moreover, a seminar focusing on Safeguarding Consumer Rights was also arranged at Islamabad in August 2019 and was chaired by Mr. Jawwad Owais Agha, Member Customs, FBR. An exclusive workshop on Copyrights Enforcement was also carried out at Karachi on 28th November 2019 in cooperation with Oxford University Press.

The paper has been prepared keeping in view the spirit of the TRIPS and WTO’s Agreement on Trade Facilitation, to which Pakistan is a signatory.

Since the establishment of Directorate General of IPR Enforcement, a significant number of right-holders from US, Europe, Far East and Asia are working directly with Pakistan Customs on their trade-mark related infringement issues on diverse items. In September, 2019 a sizeable quantity of fake copies of publication “From MTV to Mecca” was seized on the complaint filed by the author of the book Ms. Kristiane Backer.

The fake books were printed in UK and exported to Pakistan. These were seized from a local bookseller in Karachi. This case is first of a kind and has earned Pakistan Customs appreciation from the international author herself.

It is hoped that Pakistan Customs will stand out in IPR Enforcement at borders and continue to curb the import of counterfeit goods. The basis for this optimism is our performance, continuous engagement with national and foreign stakeholders, and dedication to the cause of ensuring health and safety for the consumers.