CUSTOMS FOSTERING SUSTAINABILITY FOR PEOPLE, PROSPERITY AND THE PLANET 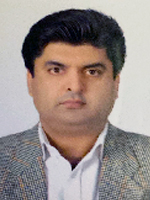 CUSTOMS FOSTERING SUSTAINABILITY FOR PEOPLE, PROSPERITY AND THE PLANET

Pakistan Customs along with International Customs fraternity is celebrating International Customs Day (ICD) on 26 January 2020 with the slogan “Customs fostering Sustainability for People, Prosperity and the Planet”. The commemorations for the Day will highlight the role and contributions of Pakistan Customs for ensuring sustainable future for its people, making right choices for inclusive economic growth and prosperity, and enforcing International conventions and obligations to save the planet.

Being the guardians of economic frontiers, Pakistan Customs has always been on the vanguard to modernize itself and keep pace with the global changes and the trends. It has successfully demonstrated its capability by implementing indigenously designed automation based trade facilitation initiatives like Web Based One Customs (WeBOC) which provides paperless processing for 90% of cross border trade. Pakistan Customs has also electronically linked itself with 14 different regulatory authorities in the country and all major commercial banks under INTRA (Integration of Regulatory Authorities) program. The enhanced integration of various agencies in the WEBOC system facilitated thejoint physical inspections of the cargos at the ports. These initiatives played a vital role for elevating Pakistan by 28 places and the country rose to 108th rank in the global ease of Doing Business rankings this year from 136 the previous year.

Recognizing the critical role of free flow of the legitimate goods-in-trade in the prosperity and wellbeing of the people, Pakistan Customs has always centered its focus to equip itself with the modern tools, gadgetries and techniques for timely interception of unsafe, unhealthy, counterfeit and environmentally hazardous goods to protect the society and the planet for their harmful effects. Pakistan Customs has developed a robust Risk Management System (RMS) to intercept the across border illegal / concealed movement of dangerous goods through formal and informal routes. In collaboration with UN Environment, Pakistan Customs got its officers trained in identification and detection of across the border movement of banned Ozone Depleting substances. The recent remarkable seizure of 18,000 Kgs of smuggled refrigerant R-22 speaks of our commitment and resolve to ensure sustainable future for the planet through implementation of Montreal Protocol. Mr. Dechen Tsering, UN Environment’s Regional Director for Asia and the Pacific while appreciating Pakistan Customs efforts said “It’s vital we stay vigilant. All credit to Pakistan’s Customs — for taking actions to prevent this destructive shipment from getting to its intended destination”.

The enforcement steps of Pakistan Customs was also applauded by Ms. Kristiane Backer, author of publication “From MTV to Mecca” on impounding fake copies of the said publication on her complaint. The fake books were printed in UK and exported to Pakistan. This case is first of its kind which has earned a great honor for Pakistan.

In order to protect its people from harmful effects of narcotics and psychotropic substances,   unhealthy and unsafe edible products. Pakistan Customs anti-smuggling outfits have always been on the forefront and seized huge quantities thereof through life threatening operations. In the CFY the contribution in these areas are as under:

Pakistan Customs has always accorded its foremost duty to protect local industry, an engine of employment generation and economic growth, from harmful effects of across the border informal trade. In the ongoing financial year, the Customs seized smuggled goods of valuing Rs. 12620 million which includes non-duty paid vehicles, cloth, and POL products etc.

Pakistan still needs to upgrade Information Communication Technology (ICT) based coordination and decision making among various regulatory authorities and Customs. National Single Window (NSW) is a platform that allows parties involved in trade and transport to lodge standardized information and documents using a single-entry to fulfill all import, export and transit related regulatory requirements. The Prime Minister’s Office designated Pakistan Customs as the lead agency for implementation of an ICT based trade related NSW.FBR / Customs after legal gap analysis proposed a new Pakistan Single Window (PSW) law which once enacted will bring 72 regulatory authorities / departments / ministries under one platform to promote growth and business in the country by reducing its cost.

Pakistan Customs has also launched first trade facilitation program under the name and banner of “Authorized Economic Operators(AEO)”. The program has been chalked out in line with the best international practices and in accordance with WCO security standards. Under the said program, Government will certify trustworthy business entities who have a clean history of compliance with national laws and, in return, a policy of maximum facilitation by all government departments to promote growth of their businesses. Initially, AEO Program will be implemented on export stage to boost national exports and creation of jobs. Subsequently, ambit of AEO Program will be extended to other sectors of the economy for maximum facilitation.

The aforesaid initiatives of Pakistan Customs speaks of professionalism, commitment and dedication among its officers to guard the economic frontiers of the country without compromising Sustainability for People, Prosperity and the Planet”.