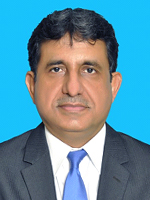 International Customs Day is celebrated every year on 26th January by the global Customs fraternity to commemorate the inaugural session of Customs Cooperation Council (CCC) in 1953.

The CCC was re-named as World Customs Organization (WCO) in 1995. The day is celebrated to highlight and showcase Customs role in economic growth, trade facilitation, innovation, and protection of society from influx of illicit and dangerous goods.

The World Customs Organization has chosen “Customs fostering Sustainability for People, Prosperity and the Planet” as the slogan for this year’s International Customs Day.

Customs plays a pivotal role in the economic growth and prosperity of any nation. It is indeed the first line of defence against economic and security related threats. Customs mandate includes collection of legitimate government revenues on the import and export of goods, enforcement of multitudes of laws relating to environment, health, safety, security, anti-money laundering, endangered species, narcotics and psychotropic goods and food security to name only a few.

The theme selected by the World Customs Organization for this year’s International Customs Day amply describes the multifaceted and varied contribution of Customs in the society. It is indeed deeply intertwined with the United Nations Sustainable Development Goals pertaining to environmental, economic, health and social challenges. Customs contribution is vital in enforcing laws and regulations pertaining to protection of intellectual property rights; transnational organized crime and terrorism; counter-narcotics; and health and safety standards.

Like any other modern Customs administration around the globe, Pakistan Customs has made huge strides in the recent years to achieve its strategic objectives of a safe, secure and hassle free trading regime. One of the important milestones achieved is the improvement in “Trading Across Border” indicator of the World Bank Ease of Doing Business Index 2020.

Due to implementation of various trade facilitation measures and automation of cargo clearance procedures, Pakistan’s ranking has improved by 31 positions to 111 from 142 among 190 economies. In the field of enforcement, it gives me a lot a satisfaction that Pakistan Customs, specially Baluchistan Customs has made significant efforts to dismantle the smuggling networks.

Baluchistan Customs has been able to seize goods worth Rs. 2billion during the period from July, 2019 till December, 2019. However, this success has not been without cost and sacrifice in blood. In fact Balochistan Customs has lost one of its brilliant officers namely, Dr. Abdul Quddoos Sheikh, Deputy Collector in a cowardly attack by unscrupulous smuggler on 9th July, 2019.

The officer was attacked by a gang of smugglers while returning from a successful operation in the intervening night of 4th and 5th July, 2019. He remained in coma for five days and embraced “Shahadat” on 9th July, 2019.The supreme sacrifice of the officer has re-invigorated our resolve to eradicate the menace of smuggling which is damaging our society economically and socially.

In fact, many a successful operations in the most volatile parts of Baluchistan were conducted with complete coordination and active on-ground support of FC Baluchistan. It would be unfair if I do not

In the end, I would like to felicitate my fellow officers, officers from other law enforcement agencies and trade community on the auspicious occasion of International Customs Day. At the same time, I would urge my fellow officers to make all out efforts to make Pakistan a prosperous country and Pakistan Customs a forward looking and modern Customs administration ready to face the emerging challenges in the World.