It may be mentioned here that when a protest against Abdul Rasheed Shaikh’s interference and questionable directives was stages, Qasim Shaikh was one of them. Subsequently, as a punishment he was transferred from MCC Appraisement West to AFU. His farewell party was held at AFU, which was attended by Additional Collector Sanaullah Abro, Deputy Collectors Shoaib Raza, Akbar Jan and several retired officials along with a large number of AFU employees.

Qasim Shaikh thanked his colleagues and said that his department was actually Appraisement West and expressed happiness that his colleagues remembered him. He said the Customs should understand the concept trade facilitation i.e. guiding and helping traders so that they would not commit mistakes, while there should be no pardon for deliberate attempts of fraud. 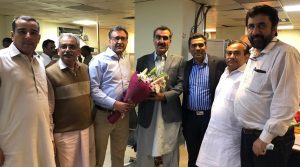 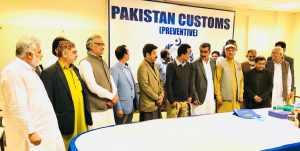