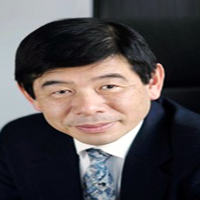 World Customs Organization (WCO) has chosen the theme of SMART Borders for Seamless Trade Travel and Transport to be inaugurated on 26th January, 2019 with the objective of achieving swift and smooth cross border movement of goods, people and means of transport. Pakistan Customs like any other Customs Organization is playing an important role in facilitating cross border trade and travel with the assistance of other government organizations. Simplification of procedures, standardization of processes and securing the supply chain are some of the tools being employed for the purpose. Needless to mention that Pakistan Customs can play a pivotal role in achieving seamless movement of goods and people by virtue of its reliance on information technology, risk management system and providing  secure measurable facilitation to trade.

Model Customs Collectorate, Quetta has taken many measures to work towards achieving SMART borders. Despite considerable emphasis by higher authorities, Customs could not launch the Web-Based One-Customs(WeBOC) System at the Chaman border crossing since its inception in 2011 due issues of reliable connectivity and hostile attitude of the local stakeholders. Attempts at connecting the Custom House through an optic fiber link were repeatedly sabotaged. In 2018 the Custom House was connected through a radio-based high speed internet link and WeBOC was rolled-out. Coverage of import and export cargo have reached 80% of the total cargo by the end of 2018.

Similarly, an optic fiber link was installed at Custom House, Taftan which has enhanced coverage of WeBOC System to more than 70%. Installation of real-time e-gates at all the Custom Houses has enabled Customs to record the gate-in and gate-out events in real time. Installation of printers for automated allotment of GD numbers have also greatly facilitated genuine traders while discouraging misuse of Customs documents.

In addition to the above, administrative measures taken by the Collectorate like enhancing surveillance at Custom Station Taftan, Chaman and NLC Dry Port, facilitation of bona fide trade, strengthening of Customs and expeditious disposal of seized goods have played its role in not only achieving the revenue collection target but also ensuring that the security of the supply chain is not compromised.

Collection of an unprecedented amount of Rs. 22.9 billion of duty and taxes during 2017-18 against the target of Rs. 18.1 billion amply proves that the measures taken by the Collectorate have resulted in enhancing revenue collection by 44%. Realization of Rs. 1.5 billion through disposal of seized goods in public auctions also indicates that smuggling is effectively being curbed which is a menace threatening the economic security of the country.

In the same manner, the revenue collection target for the first half of 2018-19 was surpassed by 26% through collection of Rs. 13.28 billion against the allocated target of Rs. 11.87 billion proves that the strategy adopted by Model Customs Collectorate, Quetta is a step in the right direction.

Efforts are also underway to expand the reach of Pakistan Customs to far flung areas of the province by opening Customs Stations Badini, Ghaznali and Qamar-ud-Din Karez on the Pakistan Afghanistan border. Badini has already been connected through i-Direct connection and Customs clearances are expected to commence shortly. Custom Check Post at Dera Murad Jamali has been established to cover main highways leading to Sind and Punjab for smuggled goods and Custom Check Post at Khuzdar is being established due to its increasing commercial importance after start of traffic between Khuzdar and Shahdat Kot through M-8 and adjoining CPEC routes.

It is also planned to connect all the check-posts through optic fiber with WeBOC to ensure that all the relevant customs operations are performed in a technology driven automated environment. Pakistan Customs in its ‘6th Session of Joint Border Trade Committee’ (JBTC) at Quetta discussed hassle free trade with Iran by simplification of customs procedures and establishment of Electronic Data Interchange. Establishment of ‘Border Markets’ and opening of ‘Bank Branches’ in respective countries was also emphasized during ‘22nd Joint Border Commission’ (JBC) at Zahdan between Iran and Pakistan. ‘Pak-Afghan Joint Working Group’ (PAJWG) in its meeting at Karachi has decided for better Co-ordination and exchange of data. All these steps will strengthen the concept of “SMART” borders with the neighboring countries.

Commitment of the Pakistan Customs to SMART borders is expected to result in smooth flow of goods, people and means of transport across international borders. [the_ad id=”31605″]