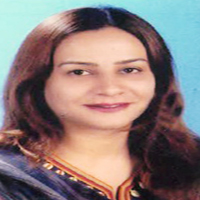 Pakistan’s Geo-strategic position necessitates the requirement of having SMART Borders for seamless Trade, Travel and Transport.  However, the success of plan envisaged to have seamless trade, travel and transport between Pakistan and neighbouring countries is directly dependent upon certain pre-requisites such as a robust road and rail network, a well thought out national transport and logistics policy, strengthening of Border Contact Points, implementation of conditions of Trade Agreements/Conventions and reliance on the use of ICT tools so as to cater to the burgeoning trade volume.

The logistics and freight transport sector which is quite advanced in the neighbouring states of Pakistan is in formative phase in Pakistan. Recently the Ministry of Communications has started working on National Logistics and Freight Transport Policy. There is no iota of doubt that Pakistan can play an important role in the region besides getting tremendous benefits by providing transit facilities to the landlocked Central Asian States, considering the transit facility that it already provides to Afghanistan under APTTA, 2010.

The idea of seamless trade, travel and transport with neighbouring countries has to be visualized in larger perspective of security concerns within Pakistan, its relations with neighbouring States, bilateral and multilateral agreements with nations and international organizations, development of Gwadar port, completion of China Pakistan Economic Corridor etc.

Due to fragile infrastructure at Border Contact Points, lack of transport linkage between Pakistan and CARs, absence of logistics, Pakistan is lagging far behind in occupying the slot for becoming an emerging economy of the world which could become part of the massive global supply chain. Pakistan’s trade with the CARs is insignificant. Low volume of trade reflects the difficulty Pakistani traders have accessing CARs’ markets.

It may be noted that under Article 4(c) to Protocol 3 of Afghanistan-Pakistan Transit Trade Agreement (APTTA) 2010, transit facilities are applicable to the goods passing through the territories of the contracting parties that are originating from and consigned to a third country. The entry/exit points for Pakistan in Afghanistan are Uzbekistan via Hairatan, Tajikistan via Ali Khanum, Sher Khan Bandar, Turkmenistan via Aqina and Torghundi.

Pakistan Customs has played a major role in promoting trade across borders by adopting the guidelines set under international best practices. Being a member of World Trade Organization and a signatory to the Revised Kyoto Convention and having adopted the SAFE framework of Standards, Pakistan Customs is mindful of trade facilitation and is constantly striving for improvement of procedures and controls governing the movement of goods across national borders to reduce associated cost burdens and augment efficiency while safeguarding revenue. Cost of doing business is associated with delays at borders and associated time penalties, lost business opportunities and reduced incentives to remain competitive.

Since automation plays a key function in seamless trade, Pakistan Customs embarked upon the journey of automation in 2004 and touched many milestones since then. It has to its credit a home grown solution to automation termed as WeBOC which became functional in 2012.

It has a robust risk management system as its backbone. Today the system has been rolled out at all Border Contact Points i.e. Torkham, Chaman, Sost, Gwadar, Ghulam Khan, Wagha and sea ports including KICT, PICT, QICT and SAPT. In 2013, Pakistan Customs signed a contract with a private tracking company namely M/S TPL Trakking Pvt Ltd for installation of state of the art trackers for monitoring container movement en-route to Afghanistan. In order to cater to increasing volume of trade, Pakistan Customs adopted the non-intrusive scanning and X-Ray facilities in 2006 at all ports, airports and land border stations to facilitate the movement of bona-fide trade and movement of people.

The much talked about TIR Convention of 1975 was ratified by Pakistan and Pakistan Customs drafted the rules for TIR implementation in October, 2017, notified its land/border Customs Stations, rolled out the automation system for TIR operations at these stations in 2018 and became a TIR operationalized country on 18th April, 2018. Since then a number of TIR operations mainly using the road networks have taken place recently and through use of TIR electronic tools i.e. TIR Electronic Pre-Declaration (TIR-EPD) by the Transport Operators in Afghanistan, Iran and Pakistan. However, the true potential of TIR has not been exploited so far as only one module for road journey exists under the WeBOC System.

The ITTMS is a project being executed under Central Asia Regional Economic Cooperation-Regional Improving Border Services (CAREC-RIBS) under the aegis of Asian Development Bank  in collaboration with Pakistan Government. Pakistan Customs is an active participant in the project which aims at upgrading the infrastructure at border crossing points at Chaman, Torkham and Wagha. As per basic design, total land for Chaman & Torkham BCPs is 156 acres & 54 acres respectively. Construction work shall commence in March/April 2019 and completion time is 4 years.

The conspicuous feature of this project is that all stakeholders, such as Customs, FIA, NLC and Security Agencies shall operate under one roof. The Complex shall have terminals, sheds, weighbridges, cargo handling equipments, scanners, Laboratory, Drug Cell, etc. Complex shall also cater for passenger clearance by FIA. The complex shall cater to different categories of cargo through dedicated terminals with all requisite facilities. The facility shall provide a Single Window Operation, trade and passenger facilitation, improved and efficient working by all stakeholders, better controls and working environment, prompt and secured examination, increased government revenues and minimum leakages and restricted entry.

Pakistan Customs has made the required legal change in its statute by adding the concept of Authorized Economic Operators who will play a key role in promoting the cause of smart borders. Though in its embryonic stage, yet efforts are underway to have a repository of compliant traders with audit backup. At the ports and airports usage of non-intrusive equipment like scanners/ X-rays, testing apparatus like First Defender Kits, HAZMAT ID, reliance on Canine unit and human intelligence by Pakistan Customs has eased out clearance of bona-fide passenger traffic, goods and transport movement.

The aim should be the creation of an efficient and cost effective environment which would require better road/rail network, viable transport and logistics system that supports multimodal transportation in the country and robust infrastructure at BCPs equipped with state of the art equipment and ICT coverage. [the_ad id=”31605″] The collaborative role of various ministries and agencies working within Pakistan will acquire importance in materializing the dream of “Smart Borders”. Appropriate steps in right direction can yield fruitful results.