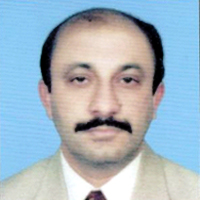 Each year Customs Day is celebrated on 26th January with a theme selected by the World Customs Organization (WCO) for all of its member countries. The theme selected for the year 2019 by WCO is   “TRANSFORMING FRONTIERS INTO SMART BORDERS FOR SEAMLESS TRADE, TRAVEL & TRANSPORT”.

So far the term SMART Borders are concerned, these  are the borders that ensure secure and safe flow of goods and the people and provide measureable risk based management and technology driven environment. In Short, SMART means secure, measurable, automated, risk management based and technology driven borders. This new system foresees the recording of information such as the name, travel and transport documents, fingerprints, facial images, date, place of birth, etc. Keeping in mind of   this understanding of Smart border, there are some examples that provide perfect epitome of Smart   Borders. US-Canada’s 8890 km  long border is a model to the world that provides fool proof   security and safety to trade, travel and transport. The US-CANADA international border ensures a secure and measurable cross border trade of almost 1.3 billion $ per day. At the same time, it also deals with almost half million passenger crossing per day.  Similarly, the borders among the European Union countries are also considered the smart border that ensures seamless trade, travel and transport.

Keeping in view of the international best practices, Pakistan needs to replicate the same and by deploying these advanced customs modules, it   can join the club of   developed nations. So far the efforts of Pakistan are concerned; Pakistan customs as the leading and top agency at the border    is putting a lot   of strives and endeavors for seamless transport /trade and smooth travel of people.

The key feature of Pakistan Customs in handling the Smart Border is its operating system i.e. WeBOC.  WeBOC (Web Based One Customs) system that was launched in 2011 relfects Pakistan Customs’ contribution in the facilitation of trade and guaranteeing an uninterrupted and smooth flow of Pakistani imports and exports.  The WeBOC system deployed by Pakistan Customs is one of the most advanced and one of the largest IT Systems in the government sector. Owing to this modem IT System, 70% of the consignments that reach at the Pakistani borders are cleared within 24 hours. This WeBOC system with some more advancements will constitute a major component of the idea of Smart Borders. It will be the central portal to which all other government agencies will link for managing the activities at smart borders.

At the same time, Pakistan customs with the support of the World Bank, the USAID and the incumbent Government is also working to develop the National Single Window. A National Single window is the solo platform to fulfill all the  regulatory requirements in relation to import ,export and transport . Pakistan customs is putting a lot of efforts and endeavors to make it fully operationlize within next five year. This will integrate all the government agencies present at the borders for a coordinated and swift clearance of goods, people and the transport on the borders and would turn them closer to the concept of smart borders.

Similarly, for facilitating the trade activities in once war torn areas, Pakistan customs has established some  new custom stations like  Ghulam Khan (North Waziristan), Angor Adda (South Waziristan) and Nawagali (Bajur Agency). The opening of such new border points with modern facilities will enlarge the scope of smart borders with the neighboring countries.

Further, for seamless and frictionless traveling of people at the international borders of Pakistan, Pakistan Customs has established its special help desk to facilitate international passengers at land stations and at air parts. Recently, Pakistan Customs bas formed a new Collectorate at the Karachi airport for facilitating the travel of people and the trade of goods by air.

Moreover, Pakistan customs has also   worked on the development of an Integrated Transit Trade Management System that ensures secure flow of transit goods through Pakistan and is a check upon the pilferage of goods. Further, Pakistan due to untiring efforts of custom officials has now become the part of TIR System. TIR system is one of the major segments of trade handling Mechanisms at Smart Borders.

There is no mincing of words that Pakistan Customs is already geared up to come to realization the WCO theme of this year for ensuring seamless trade, smooth travel and frictionless transport and is putting a lot of strives to transform its frontiers into smart borders.[the_ad id=”31605″]