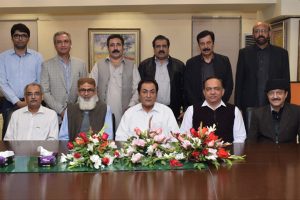 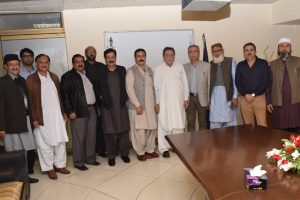 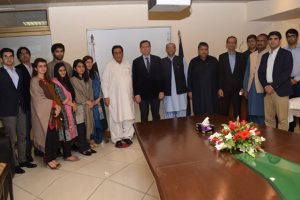 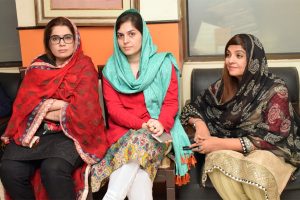 KARACHI: MCC Appraisement East held a farewell party in the owner of Principal Appraiser Bahadur Khan, who is retiring on January 01, 2019. Bahadur Khan’s entire service has been quite disciplined and without any controversy.

Collector Appraisement East Saeed Akram speaking on the occasion praised Bahadur Khan and officials of his batch and said that these officials were quite disciplined, which was the secret of their competence.

An official said that a advisory committee could be formed involving these technical appraisers for guidance and assistance.

Bahadur Khan was appointed in 1984. It was in 1984 that Customs appointed 42 technical appraisers, which were engineers and scientists. However, most of these highly qualified appraisers left Customs as there were no promotion and career growth prospects.

These officials are known to be experts on Customs Tariff, Customs Classification and regulatory orders.

A large number of Customs officers and officials were present at the farewell ceremony of Bahadur Khan.