Another mini-budget on the cards: Asad Umar

KARACHI: Hinting towards another ‘mini-budget’ to address the economic challenges facing the country, Finance Minister Asad Umar said financial aid received from Saudi Arabia, China and the United Arab Emirates (UAE) will be sufficient to cover the fiscal deficit for the current year. 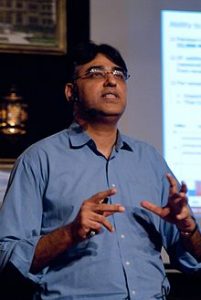 In his briefing to the Senate Standing Committee on Finance on Wednesday, Umar said the government was mulling over bringing another supplementary budget in January 2019 (next month) but there had been no final decision on it yet.
He said an increase in taxes had been proposed but the government could consider decreasing taxes in order to boost the economy.
Umar confirmed the country had received $2 billion from Saudi Arabia and the oil facility offered by the Gulf kingdom would come into effect from January.
“Will receive oil worth $270 million,” the minister added.
“Negotiations with the UAE are in the final stages, and matters will be finalised in a few days,” said the finance minister adding that negotiations with the Chinese are also in the closing stages.
The finance minister said the government has decided to supply gas to exporters at $6.5 per MMBTU, and electricity at 7.5 cents per unit. A notification in this regard would be issued soon.
The government has also decided to issue bonds for tax refunds, he added.
Referring to the International Monetary Fund (IMF) bailout, Umar said he had been in contact with the monetary body soon after taking the oath. He said the finance ministry had also asked for recommendations from the Economic Advisory Council (EAC).
“All economists advised the government to seek an IMF bailout.”

It may be mentioned here that International Monetary Fund has said that Pakistan’s the debt profile will be assessed, adding that it will consider the details of the previously taken loans before giving new loans.

Director Communications Department IMF Gerry Rice said that it will be ensured that the country’s debt profile is sustainable and the executive board will take a decision on giving Pakistan a loan in future.