The examination and assessment of imported consignments has completely stopped causing worries for importers and Customs clearing agents of port congestion ahead of Sunday. Customs Appraisement-South contributes over 80 percent to the Customs revenue collection and serves as the landing port for the transshipment cargo to upcountry dry ports.

President Karachi Customs Agents Association (KCAA) Faisal Mushtaq said it was a disturbing situation and the issue must be resolved at the earliest to avoid difficulties for the traders. He said trade was already suffering and if the issue was not resolved and examination/assessment was not started immediately, there would be severe congestion at the ports ahead of Sunday.

A Customs agent Sharjeel Jamal said Abdul Rasheed Sheikh was an honest officer but his policies were somewhat ridiculous.

Chief Collector had passed several directives barring use of mobile phones during work hours, removal of blinds from offices’ windows and barring staff from conducting physical examination and calling documents for verifications of imported consignments. He also served explanation memos to dozens of assessment officers for delays in dwell time.

An officer said the measures Abdul Rasheed Sheikh took were aimed at curbing corruption by limiting officials’ interaction with the traders and clearing agents.

Sharjeel Jamal said strike called by assessment officers was totally illegal and blackmailing tactics, which would never be tolerated adding chief collector made some mistake but they would with him. 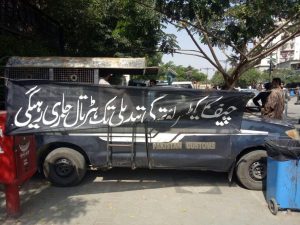 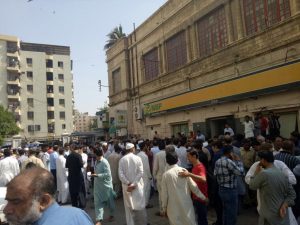