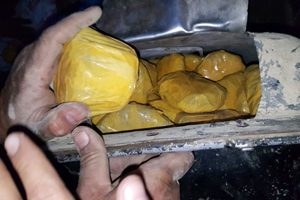 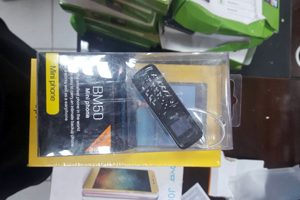 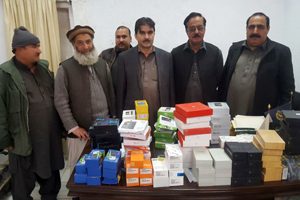 KARACHI: Customs authorities at Torkham foiled an attempt of smuggling of 32 kg fine quality Opium from Afghanistan and arrested the accused Hayat Muhammad S/O Gul Muhammad an Afghan national, who was driving the vehicle loaded with the contraband's. The contraband opium was tactfully concealed in fuel tank of the vehicle, which was coming from Afghanistan after dropping repatriating Afghan family. Value of the opium is worth millions of rupees in international market. FIR is being lodged against the accused for criminal proceedings. Moreover, Customs authorities Torkham foiled an attempt of smuggling of 611 Mobile Phone sets worth Rs1.3 million from Afghanistan. The sets were inserted inside two spare tyres of an empty truck which along with the truck were seized under the relevant provisions of Customs Act 1969. This is the third one in the last four days. Cross-border movement of vehicles and passengers has been kept under strict vigilance by Customs resulting in dozens of seizure cases of big cache of narcotics, currency, gold, chemicals, fertilizers, mobile phones and other contraband goods worth billions of rupees during the last six months. On information of Collector Custom Qurban Ali Khan,  Additional collector Yousuf Haider and Deputy Collector Fazli Shakoor along with Superintendent M. Naem,  Inspector Ayub ur Rehman and Sepoys Iftikhar and Ali Madad made these seizures.