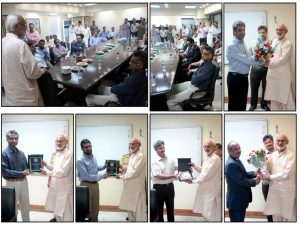 As many as 59 appraisers were promoted to the post of principal appraiser during his tenure as general secretary of the association, moreover 1100 officials which were suspended during the reign of Pervez Musharraf were reinstated.

Humayun also served the interests of officials and he even resorted to strikes, which any official was wrongfully indicted in cases. He took a one year leave in 2004 to serve for the betterment of Customs Public School and the school was equipped with all the updated facilities and several initiatives were also taken. He also foiled a bid to encroach the school. Facilities were also installed at Customs Appraisement Club during his tenure.