Garment Importers including M/s Javed Garments had approached Director General Valuation praying revision of values of garments determined vide Valuation Ruling No.886/2016. Importers were of the view that the impugned ruling was issued after conducting only one hearing and not reflecting the actual transaction values offered in the country of export.

Importers submitted that only the view of local manufacturers and the exporters has been preferred and considered and the importer’s submissions, assertions and evidences have been totally discarded and ignored without specifying any cogent reason.

The C&F Value of the garments for the seven origins have been enhanced up to 850 percent rendering the imports of garments totally un-viable or importable.

The Directorate failed to justify or give plausible reasons on such an exorbitant and extra ordinary increase in the import value of the Garments over the superseded /withdrawn Valuation Ruling.

Directorate of Customs Valuation submitted all the stakeholders i.e. manufacturers, representatives of clearance Collectorate, importers, Association PRGMEA were invited in the meeting. In the meeting the importers insisted that due to recession in the global market the prices are low and any increase in values will lead to smuggling and the government revenue would suffer. This aspect was duly considered while determining the value.

The Director General after due deliberations issued assessable values of garments under Valuation Ruling No. 886/2016. 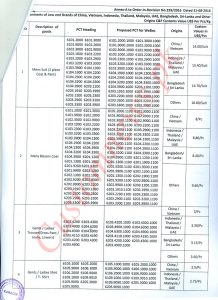 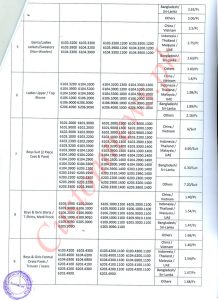 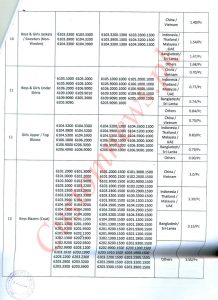 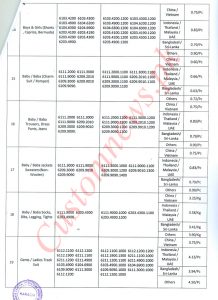