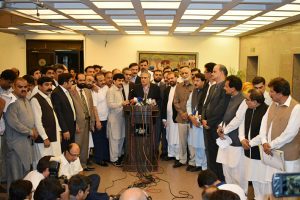 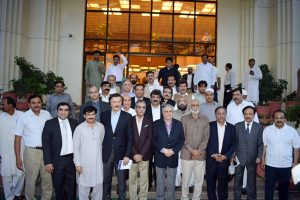 KARACHI: The Federal Board of Revenue (FBR) has been authorized to notify the valuations of the properties throughout the country including Karachi, Lahore and Islamabad, said Ishaq Dar, Federal Finance Minister in a press conference at FBR Islamabad office on Saturday.

The minister announced the government has accepted the demand of the real estate stakeholders by reducing the period of property holding from five years to three years.

As per new process, Mr Dar said, the valuation notification of the FBR would also determine future tax value of Withholding Tax, Property Tax, CGT. He also asked the provincial governments to adopt the same procedures for their provinces to improve the property taxes.

He also informed that the Capital Gain Tax would be implemented on properties of above Rs 4 million instead of Rs 3 million. Earlier, the government had announced to take CGT on the property worth Rs 3 million in last budget 2016-17.

Mr Dar said now the stakeholders of the real estate have agreed these terms and conditions and now Federal Board of Revenue will notify the valuations instead of the state Bank of Pakistan.  Through these decisions, both stakeholder and governments would get benefit from the new valuation of the FBR, he added.

He further informed that these valuations of the properties would be for yearly basis and the same valuations issue would be discussed in every federal budget.

President FPCCI Rauf Alam said the government has accepted our all demands by resolving these property’s valuation issues after a detailed meetings with Haroon Akhtar advisor to the Prime Minister and FBR Chairman and other officers and thanked Ishaq Dar who announced the long-awaited property valuation issue.

He said all the stakeholders have already accepted the valuation matters discussed with the FBR and said both parties government and Real Estate Stakeholders would get benefit from it.